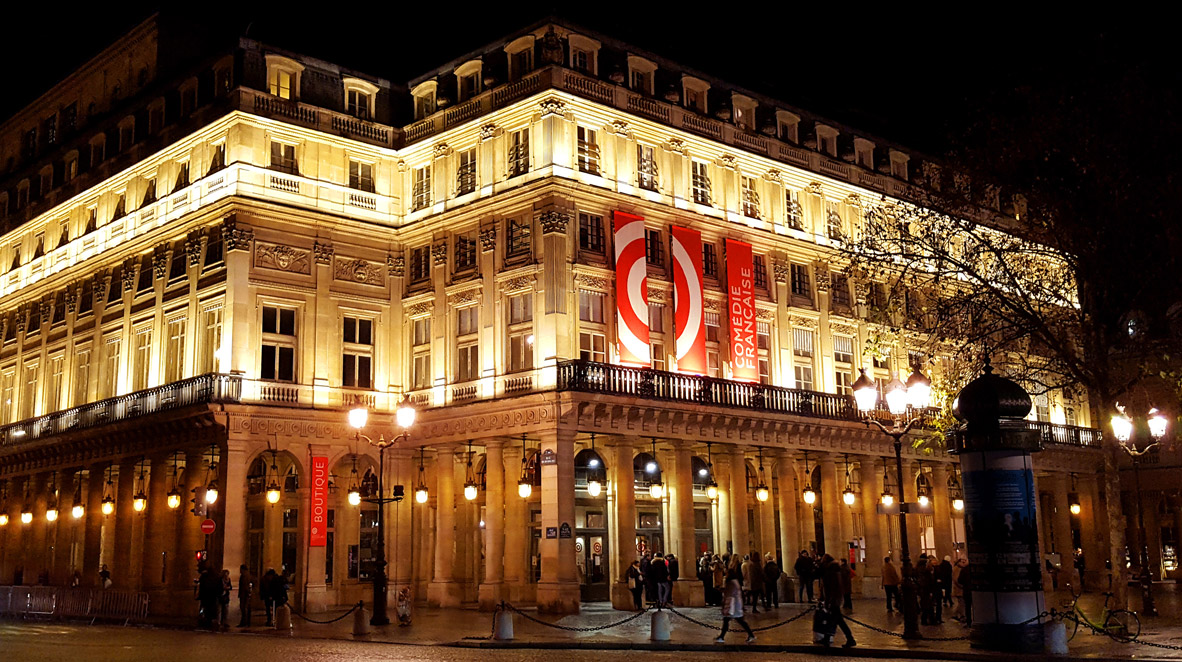 The School of Jewelry Arts presents the Comédie-Française jewelry collection. Its thirty or so miraculously preserved pieces form part of the cultural heritage of France.

How have these stage jewels been used by actors over the centuries? Who made them? Which actors and actresses actually wore these jewels? Very little is known about the subject. Agathe Sanjuan, curator-archivist of the Comédie-Française, therefore began to study them in the library-museum, whose archives and works of art trace the life of this theatre created in 1680 by Louis XIV. Invited to speak by The School of Jewelry Arts, she explores a part of the story of these stage jewels and deciphers their esthetics, very much inspired by the esthetics and techniques of jewelry. She is accompanied by Émilie Bérard, curator of the Van Cleef & Arpels heritage.

The great roles of jewelry

In theatrical jargon, the piece of jewelry specially designed for a stage, part of the plot, is referred to as a “performing jewel”. Like the crown at a coronation: without it, nothing would make sense. “According to an 1812 document listing 448 plays, it is the driving force behind 10% of them,” explains Agathe Sanjuan. In a tragedy, it often has a symbolic value, while in a comedy, its market value takes precedence. In Molière’s The Miser, the diamond helps to define Harpagon’s character when he refuses to leave it to Marianne, his bride. When the jewel does not serve the plot, it participates in the overall esthetics of the scene and takes on various functions. It serves to capture the very weak light, just like the costumes, sewn with a thousand stones and pearls. It also helps to showcase the actor because at the time, the most important spectators themselves stood on stage to witness the performance. Necklaces and bracelets, often made of ribbons, highlight the face and hands in particular. Finally, it has political and diplomatic dimensions: during certain court performances, the administration of the royal household lent extraordinary costumes and jewelry to dazzle the kingdom’s most important figures or visiting ambassadors.

The esthetics of illusion

The financial means of the theatre being very limited and the duration of their use very short, these jewels were made of non-precious materials: brass and wallpaper ornamentation replaces gold, crystal replaces diamond. The same process is applies to costumes: the leopard-print trim on a coat can be made with painted textile. “Talented prop makers are inspired by traditional jewelry, using the same motifs and techniques, even though no jeweler has ever made a stage jewel,” explains Émilie Bérard. Take for example a 19th century tiara from the Comédie-Française collection, made of brass and silver and formed of rhinestone stars mounted in aspen, i.e. on a spring allowing movement. “It evokes the stars that Sissi, the Empress of Austria wore in her hair or the tiara of Queen Emma of the Netherlands,” says Bérard. There are also girandoles (diamond earrings with three branches), aigrettes and silk ribbons sewn with stones and pearls. The dresses embroidered with pearls and stones of Mademoiselle Dumesnil playing Agrippine or the actress Adrienne Lecrouvreur rivaled those of Marie de Medici! Despite being less precious and prestigious, the stage jewel nevertheless possesses a trump card when it comes to the history of jewelry: it is never dismantled to recycle the materials.

Costumes to match the action

For a long time, the costumes belonged to the actors, who were responsible for defining the character’s dress… Many of them were also a sign of their social success. Hence the often approximate relationship to the action. The spectators found it hard not to get lost when, from the marquise to the peasant girl to the bourgeoisie, all the actresses wore silk stockings and “diamonds”. Whether in China or in the Middle East, exoticism meant wearing a turban like the one decorated with a string of pearls worn by Roxane in Bajazet. In the middle of the 18th century, the actress Justine Favart was the first actress to break these codes: she wore a simple little cross on a velvet ribbon to match her peasant costume (Bastien et Bastienne presented at the Comédie-Italienne). The ensuing scandal resulted in a major change: the stage costume now had to reflect reality, in both archaeological and historical terms. Lekain, the most important tragedian of the 18th century, was deeply involved in this reform, as was Voltaire. The latter even agreed not to be paid so that the actors could afford adequate costumes. The first case of historical accuracy is Joad’s costume in a performance of Athaliein 1770,” says Agathe Sanjuan. “The costume includes a pectoral decorated with twelve different stones like the original, the hoshenof the tribes of Israel. It now belongs to our collection. A copy of this 19th-century priestly item still belongs to our collection today. “

The crown, the star of stage jewelry

In working her way through the archives of the Comédie-Française, Agathe Sanjuan was particularly interested in the crown, which was widely used in 19th century performances. On the other hand, it was virtually absent in the 18th century: “We don’t know why, we can only imagine that it was to avoid offending the king, the most important patron of the Comédie-Française”, she muses. In the 17th century, the crown was reserved for “exotic” roles such as that of Medea, Cleopatra or Athalia. Based on no known model, its shape was simplified with long teeth adorned with colored stones and pearls­ –­ the sort of archetype! Among the few to appear are also those inspired by ancient Greece. Napoleon offered one to Talma for his role as Nero, saying: “Talma, we are making history”. Made of laurel leaves and kept in its original case, it is one of the most exceptional pieces in the Comédie-Française collection.

It’s an innovative and fascinating subject, and one that can be further explored at The School of Jewelry Arts. Indeed, the latter is continuing its patronage of the restoration of the Comédie-Française’s stage jewelry, to which it will soon devote an exhibition.

“The Jewels of the Renaissance”, an Evening Conversion at The School of Jewelry Arts

Greece: what you need you know about the jewelry of Antiquity