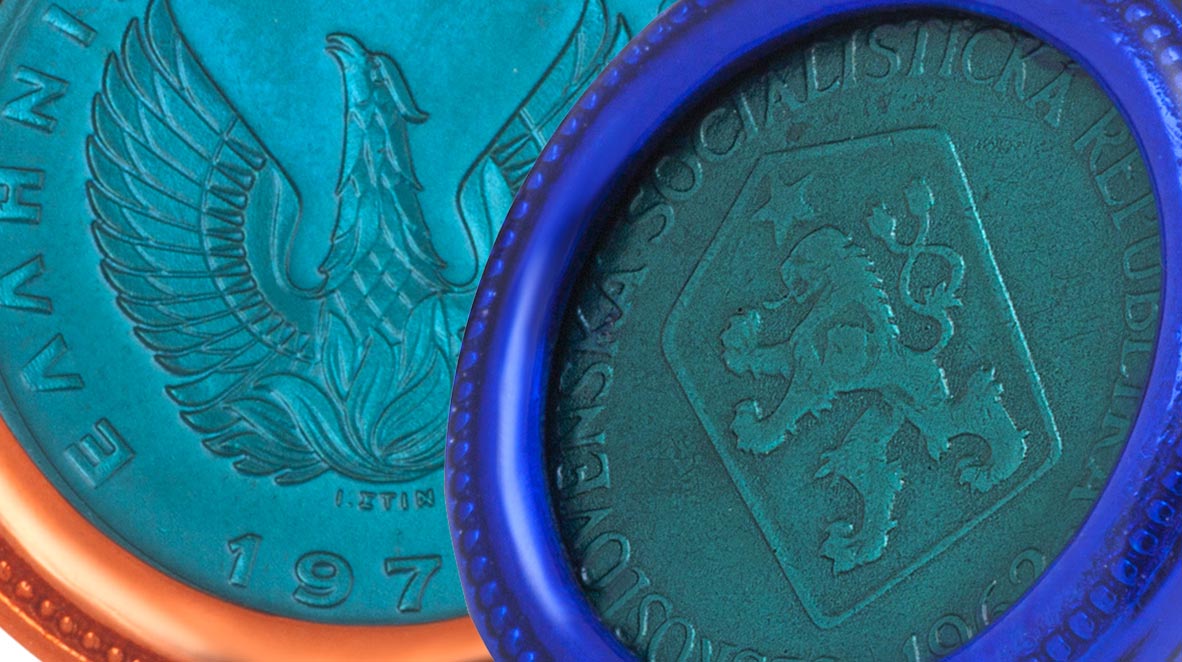 If you are passing through Kolonaki, the smart district of Athens, be sure to visit Maria Kaprili’s store. It’s joyful and welcoming, like the designer herself, a fine connoisseur of jewelry. As gemologist, she was an expert valuer at Mont-de-Piété and then worked with Sotheby’s before starting to design her own collections. Two are dedicated to aspects of Greek history in particular.

The figure of eight shield

One of my favorites, “AspiS”, can be recognized from its figure of eight motif. “It’s based on the form of a shield used in Ancient Greece, more precisely during the geometric period in the 8th century BC.,” says Kaprili. A little-known era known only through its ceramics painted with stylized motifs in the form of bands, circles and so on. On the front, the eight is emphasized by repeated enameled bands of color. On the back, it is treated in Ferrari red electrostatic paint –”to accentuate the idea of protection,” as she says. Sometimes the graphics glint with micro-diamonds.

In her “Money-Money” collection, Kaprili magnificently explores ancient coins. She colors them and their settings in orange, electric blue, green and yellow, using an electrostatic technique. “I got the idea when I inherited my uncle’s coin collection; he brought pieces back from all over the world,” she says. Coins were vital objects in Greek culture: they were given as gifts at special occasions in life, like marriage, when the family would provide the coins decorating the bride’s pectoral jewelry as a dowry. They were also treasure that could be easily carried away in times of hardship. A collection both stackable and bankable.

Greece, 10 jewels from Antiquity to the present day

6 reasons to go to the Benaki museum in Athens