Home > My Agenda > The “Gold” exhibition at the Polka galerie 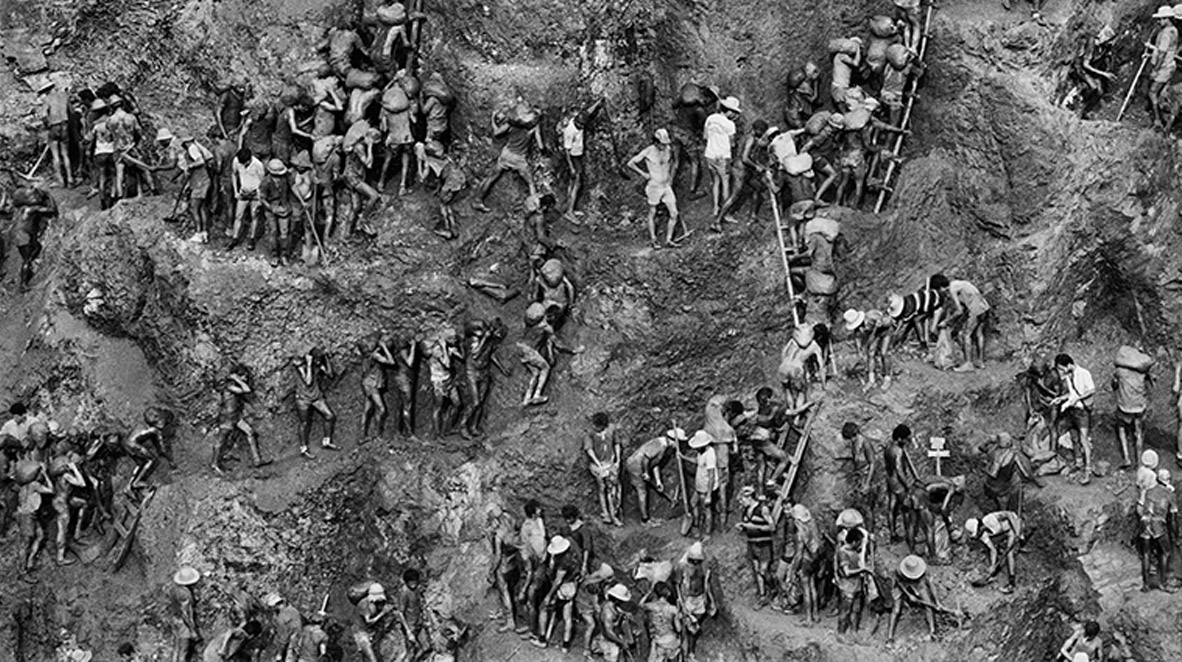 “Gold” presents thirty previously unpublished images from a 1986 work at the Serra Pelada gold mine by photographer Sebastião Salgado.

Anyone unfamiliar with the images of Sebastião Salgado will surely be captivated by their power. Thousands of men swarm like insects in this open-pit gold mine in northern Brazil. In the 200-metre-deep pit, these wretched gold panners, bent under the weight of sacks of ore, climb up fragile wooden ladders in single file, while others descend the muddy slopes.

The gold rush in Serra Pelada began in the 1980s, after a child found a nugget while swimming in a river. It is in this mine, with these images of garimpeiros, that the American film “Powaqqatsi” by Godfrey Reggio, produced by Coppola begins. In France, it was the mine that inspired Bernard Lavilliers’ song, “Gentilshommes de Fortune”.

In this exhibition visitors can discover unpublished images from the archives. They do not appear in his book “La Main de L’homme” and have not been published in any newspaper. They are as beautiful as ever with their black and white treatment, the angles, the zooms, the vanishing lines, the contrasts and the lights. His aestheticism also has earned him fierce criticism, with him being accused of glorifying and marketing misery.

These images were taken well over 30 years ago and convicts no longer work in this mine. Yet they still bear witness to a terrible reality in Mali, Burkina Faso, Madagascar, Congo and Bolivia. Images that are absolutely incompatible with jewelry (or telephones) costing several thousand euros.

Jewelry to save the planet