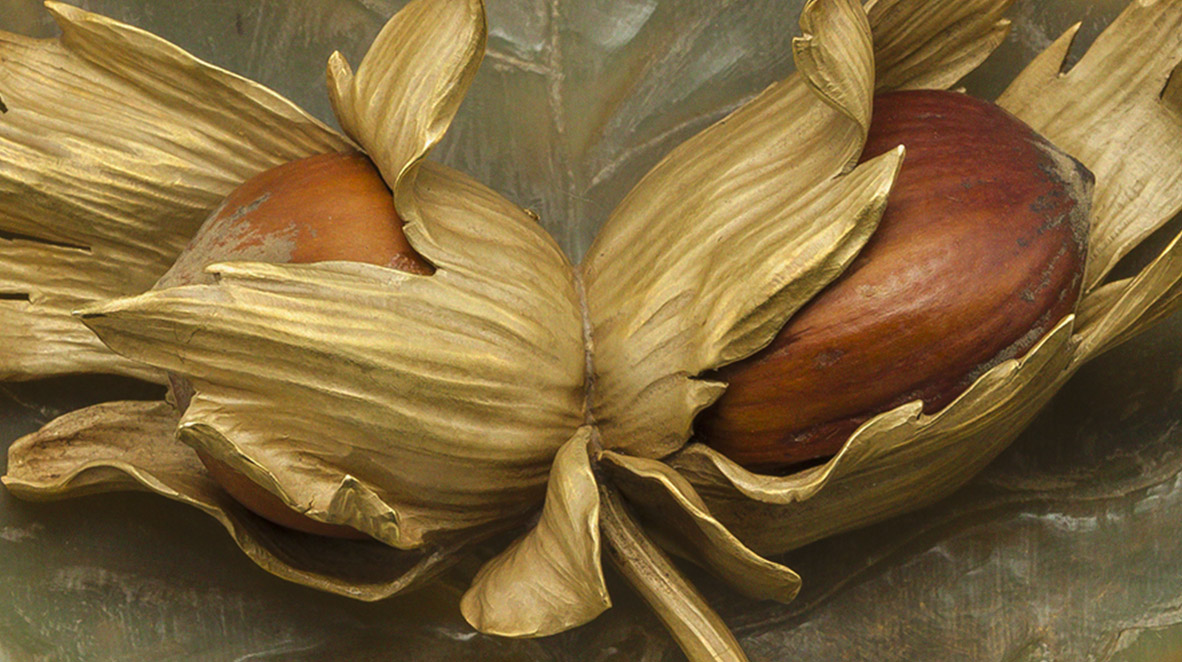 The great dealer and collector, the Japanese Kazumi Arikawa has lent five exceptional naturalist jewels from the late 19th century-early 20th century for Chaumet’s “Botanical – Observing Beauty” exhibition. The precious materials offer a perfect snapshot of the beauty of the living world.

For Kazumi Arikawa, jewelry is a “way to liberate yourself from materialism and to get closer to the divine. It all comes down to the ability to create emotion”. This is certainly true of his five exceptional pieces on loan to the Chaumet section of the exhibition, (which accounts for only around a hundred of the 400 works on display). The show features creations not only by Chaumet but also Boucheron, René Lalique and Georges Fouquet, from the turn of the 20th century – a time during which the naturalism craze reached its peak. The collected works­ testify to the ability of French jewelers to reconcile the ephemeral and the immutable, to transfigure the delicacy of leaves, veins and pistils with crumpled gold, guilloché under enamel and precious gems. Here are those five must-see pieces from the exhibition.

When Kazumi Arikawa began collecting tiaras in the early 2000s, he triggered a phenomenal craze for this headpiece and a surge in prices… This one, displayed between the two carnation portraits by Bartolomeo Bimbi and Henri Fantin-Latour, is one of the most beautiful of the thousands made by Chaumet. The bouquet of carnations seems to spring from a circle of flower buds, thin leaves bending as if in a gentle breeze. Thanks to the tremblants (micro-springs), the flowers come to life at the slightest movement, while the knife wires give them an unprecedented delicacy. The arrangement of the diamonds, cut into roses or cushions, creates a bewitching brilliance.

Here is a marvel presented alongside a “Vine” cyanotype, or a fragment from the herbarium of Jean-Jacques Rousseau. To reproduce the typical leaf of the fern, Loeillard, then Boucheron’s workshop manager, fashioned a silver plate, which was then lined with gold, before he curved the leaves and highlighted the tips. The veins were hollowed out with a saw, and the main one was set with a line of diamonds in gradation to energize the curve. The edges of the plant are delicately “torn”, the last leaf is subtly rolled. This is the first time this jewel has been seen in France.

The “Lilac branch” brooch by Octave Loeillard for Fréderic Boucheron (1889)

For its very first exhibition, this brooch stands alongside a close-up photo of pistils by Brassaï, a watercolor by Redouté and a selection of Arcimboldos! At the time, Boucheron’s craftsman probably worked without a prior drawing, with a real branch of lilac in front of his eyes. The materials might change but the fidelity to the model remains total. The leaves were first hollowed out meticulously with a saw, following the pattern of the veins. Treated “au naturel”, the bouquets of small flowers and leaves were then entirely paved and set with diamonds, including the stem and the back. The closeness to the plant is immediately apparent…

The “Sea Dragon” tiara attributed to Georges Fouquet (circa 1900)

The curator of the exhibition, Marc Jeanson, has included a digression with some animal figures, including this marine creature with its sinuous half-snake, half-dragon body. It was not born of a desire to imitate nature: for Georges Fouquet, known for his representations of marine themes (such as seaweed), it was more a question of phantasmagoria. The creature clutches a green aquamarine between its golden fangs. The degree of precision of the scales is the result of the combination of technique and color, resulting in transparent enamel in shades of blue and gold.

To understand the verisimilitude of this comb carved in blond horn, we need to go back to the childhood of René Lalique and his long walks on the plains of Champagne, bordered with forests swarming with whole worlds of birds and insects. He scrutinized them all with his piercing eye… The emotions that assail you while looking at this jewel are due to the virtuosity of the work of the polished, engraved and veined horn – and especially the real hazelnuts wrapped in gold leaves with their crumpled look. For me, this masterpiece – a perfect testament to the genius of René Lalique – eclipses all similar works of art, from Odilon Redon’s paintings to 5,000-year-old parietal frescos. Utterly moving. 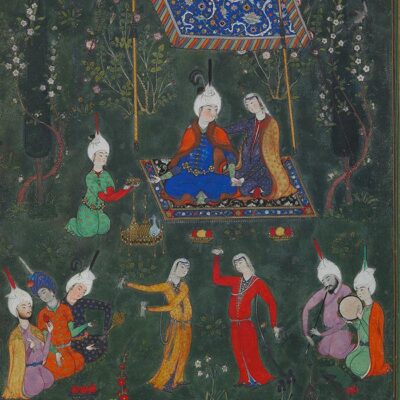 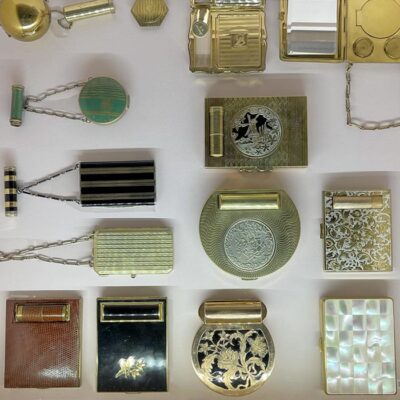 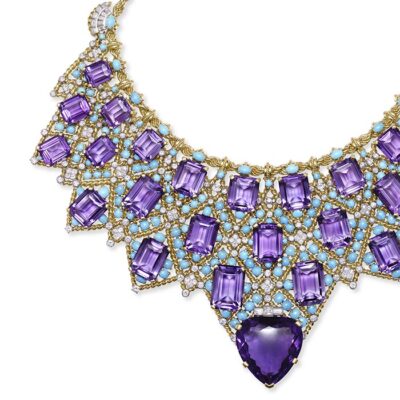