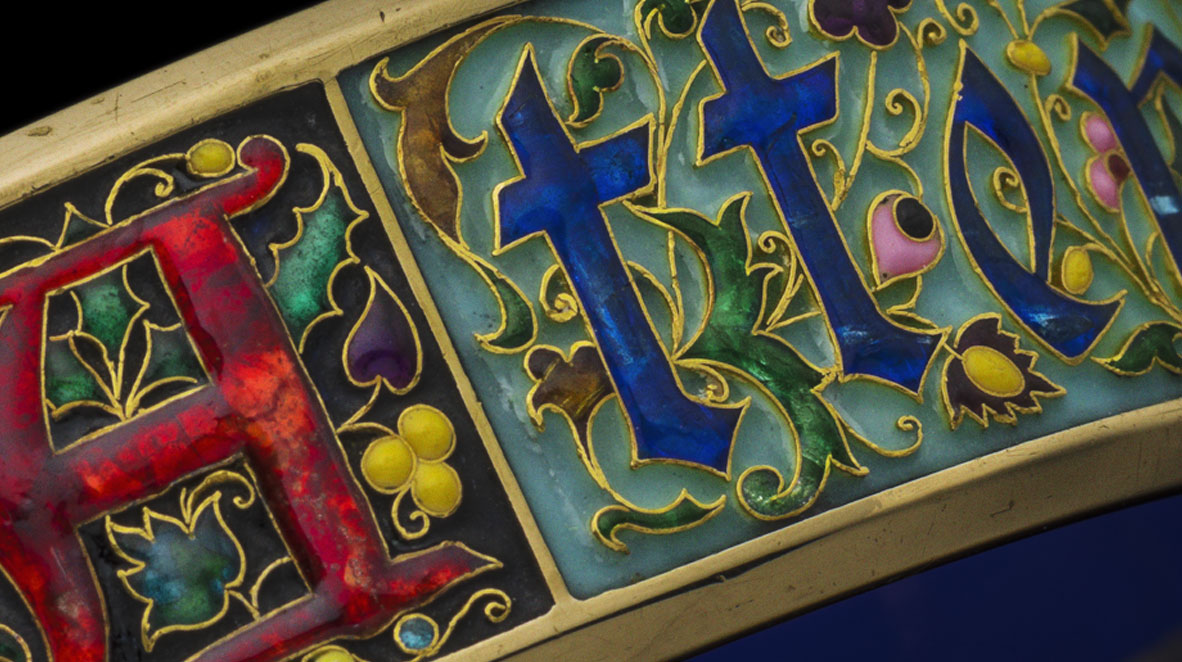 As the main sponsor of the exhibition “The Body Transformed”, Kazumi Arikawa, president of Albion Art, donated 3 European jewels from the second half of the 19th century, in connection with Japan.

Who is Kazumi Arikawa?

My first meeting with Kazumi Arikawa in Tokyo began with a memorable tea ceremony (see Kazumi Arikawa, president of Albion Art) to the sound of Gregorian chants. A mandatory prelude to the discovery of his collection (totalling some 500 pieces), which was simply astonishing. Arikawa is one of the world’s greatest collectors and merchants of antique jewellery. In the sphere of Russian jewelry, there is the great Marjorie Merriweather Post and Arikawa himself, owner among other pieces, of Catherine II’s emerald ornament. For the 19th century in France, he plays such a unique role that he was made a Chevalier des Arts et Lettres for his contribution to the preservation of French heritage. A sparkling character and great esthete, he is also passionate about cameos, of which he has an extraordinary collection. All these pieces could be included in the “Jewelry Louvre” that he plans to open in a few years’ time in Tokyo.

This fervent Buddhist lends his jewelry for major exhibitions such as that devoted to tiaras (2007, Tokyo). In “Parures du pouvoir” (2007, Bruxelles), his 9 Garrard stars in diamonds or his ring with portraits of Louis XVI and Marie-Antoinette, etc. were displayed alongside pieces from the Louvre and the V&A. Until now his name appeared only on cartels because like many collectors, he was of the utmost discretion. The desire to diversify his clientele (mainly Japanese) led him to open an office in Paris and to start spreading the word. To be the main sponsor of “The Body Transformed” organized by the world’s largest museum in New York, he donated a certain amount and three marvels first conceived at the end of the 19th century in Europe, a period during which the decorative arts were influenced by Japan.

The 3 jewels donated to the Met

– The dragonfly brooch of Boucheron. “Boucheron is one of his favourite brands,” says a relative. Very delicate, this brooch heralds the Art Nouveau movement, influenced by the Japanese repertoire of naturalistic motifs. The dragonfly’s body is slender, its “trembling” mounted enamel wings come to life at the slightest movement. At the end of the 19th century, Boucheron was very popular with American customers.

– Lucien Falize’s bracelet. This Japanese art enthusiast resurrected the technique of cloisonné enamel (similar to stained glass) to adapt the flower and leaf motifs represented on the lacquers. On this manuscript bracelet formed by four articulated plates, the cloisonné enamel is used to reproduce Gothic letters forming the message “Moult Aime qui attend”. (“Much love to those who wait”)

– The Shakudo set. It was made by the English company Hunt & Roskell with elements in Shakudo, a typically Japanese alloy made of gold and copper. The latter was traditionally used for tsuba and menuki, the sword guard and ornaments worn on either side.

These three pieces alone are worth a visit to “The Body Transformed” exhibition.