Home > My Agenda > gemgeneve > My visit to Shalom Bronstein 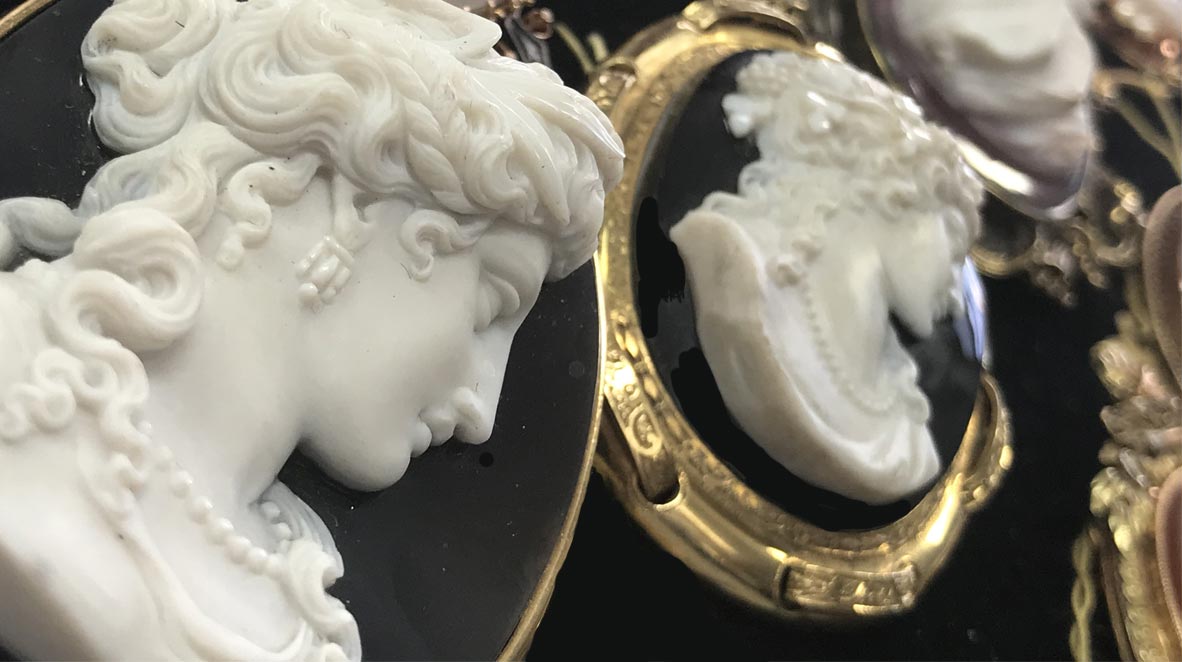 In New York, I visited Shalom Bronstein, a dealer in precious stones and antique jewelry, who will be exhibiting from May 9 to 12 at GemGenève.

Bronstein’s office is located in the Diamond District – the district where thousands of brokers and traders in jewelry, gold or diamonds, Americans’ favorite stone, live cheek by jowl. You pass through a detector and show your ID to access his floor. Just before getting out of the elevator, someone says “Happy shopping” to me… I understand the joke a few seconds later, when I see the linear meters of windows filled with diamonds and jewelry!

The voluble Shalom Bronstein explains to me his early days in the profession, which came about by chance, in 1979 during a summer job with his wife’s parents – diamond dealers in Antwerp. “In my country, we only buy and sell in bulk, that is, to professionals,” he explains. “Individuals are too fickle: they get attached to their pieces, they want to part with them but not really, they hesitate and then they regret… “ Perhaps this explains the absence of embellishment and sophisticated presentation – unlike in the jewelry salons of Place Vendôme: the general public never enters this office perched in the forest of Midtown skyscrapers.

A Cartier belt from the 1920s adorned with jade with a Mughal motif from the early 18th century, followed by a necklace in its case made of the most sought-after natural pearls. A charming evening bag from the early 19th century made of gold mesh by the French jeweler Mellerio and a set of diamonds entirely convertible into bracelets, necklaces and head jewelry. The stones are everywhere, in the windows, on the tables and in the chest from which Shalom Bronstein extracts an 11-carat cushion diamond, a pair of Harry Winston earrings formed by two pear diamonds. Advertised price: $3 million! But Shalom Bronstein’s greatest pride is the incredible collection of patiently gathered 19th century cameos. “The cameo is not in fashion, nor are belts,” he says.

This gives them a unique value that merchants and creators who have come to GemGenève will appreciate.

GemGenève: a recipe for success