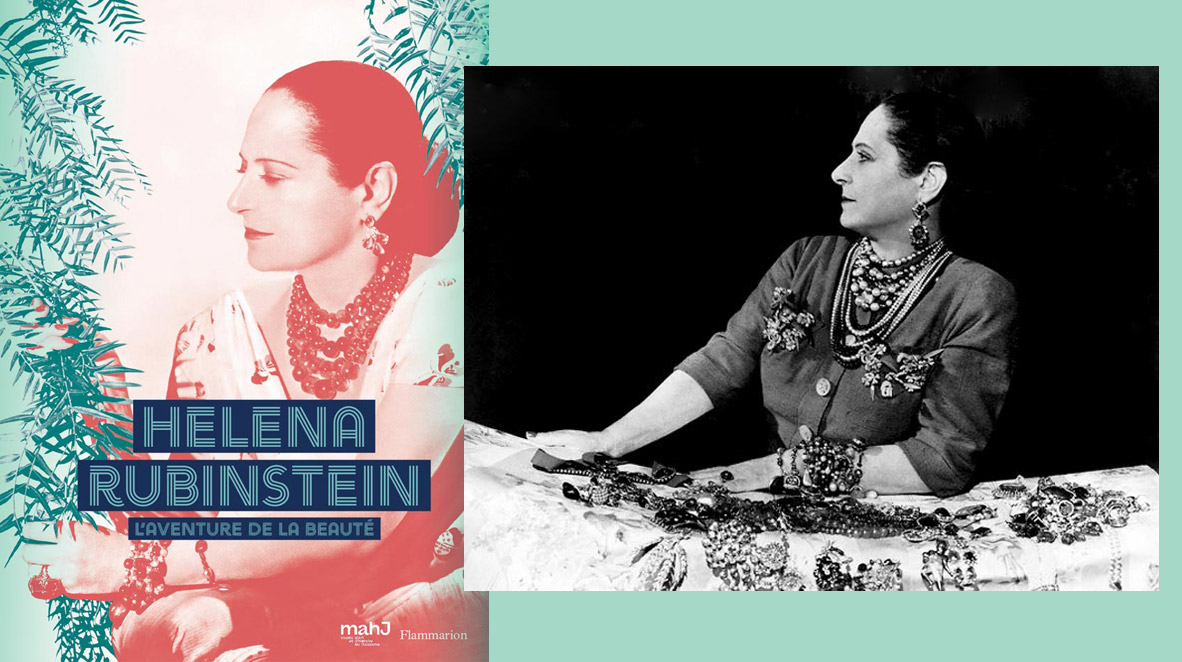 The exhibition devoted to Helena Rubinstein pays no attention to her passion for jewelry. Yet this passion ran through the lifeblood of this rich self-made woman who invented cosmetics.

The exhibition dedicated to Helena Rubinstein does not present any jewelry, unlike the previous event at the Jewish Museum in New York in 2015. But photos and her portraits by Raoul Dufy, Salvador Dali, Christian Bérard, Man Ray, Jacques Helleu testify to her passion. She appears in it as described by Edmonde Charles Roux, editor-in-chief of Vogue: “loaded with jewelry like an idol”. Flamboyant and exuberant, they are the signature pieces of this stout little woman of 1.47 meters tall. Just like her tight bun.

An immoderate love of jewelry

In “Why I love Jewels” (cf. exhibition catalogue), Helena Rubinstein writes that she loved jewelry from her childhood, when her grandmother gave her a necklace of tiny fine pearls. This necklace also gave birth to her pearl fetish, “synonymous with joy and affection”. In Melbourne, where she opened her first institute, she began to collect them in all colors, sizes and shapes. While in Sri Lanka, she discovered the stones: “a new world of beauty has opened up to me,” she noted in the same manifesto.

Having started with nothing, Rubinstein was a compulsive buyer: she accumulated paintings, sculptures, African art, furniture and of course jewelry. They are listed by Sarah Fox, her adviser, in alphabetical order: D for diamonds, E for emeralds as the necklace that belonged to Empress Catherine II of Russia, S for sapphires, etc. But she especially liked exotic jewelry picked up for a few dollars “in unlikely places”. She was a kind of Iris Apfel for whom esthetics prevailed over intrinsic value.

In her manifesto, Rubinstein states her belief that jewelry is as important as make-up because it works wonders for the skin. “Several rows of pearls enhance the waxiest complexion”, “earrings of the right shape and color make the eyes shine and give character to a face. A beautiful ring with an original shape brings out the elegance of a hand.”  She also had strong ideas about what to wear: for example, never wear two rings on the same hand.

For Rubinstein, necklaces, rings and bracelets were like armor, she explained that it gave her confidence in a man’s world. They also functioned as anesthetics: for each misdemeanor of her husband, she gave herself a “quarrel jewel” as a present. The first was a pearl necklace displayed in the Jewish Museum exhibition (2015). The collector, who knew how to use the media perfectly, regularly gifted them to the journalists who interviewed her.

Rubinstein’s jewelry collection, less well-known than those of the Duchess of Windsor or Elizabeth Taylor, was dispersed at a sale on October 12, 1965 at Parke-Bernet in New York. With little media coverage, some have since reappeared at Christie’s and Sotheby’s.