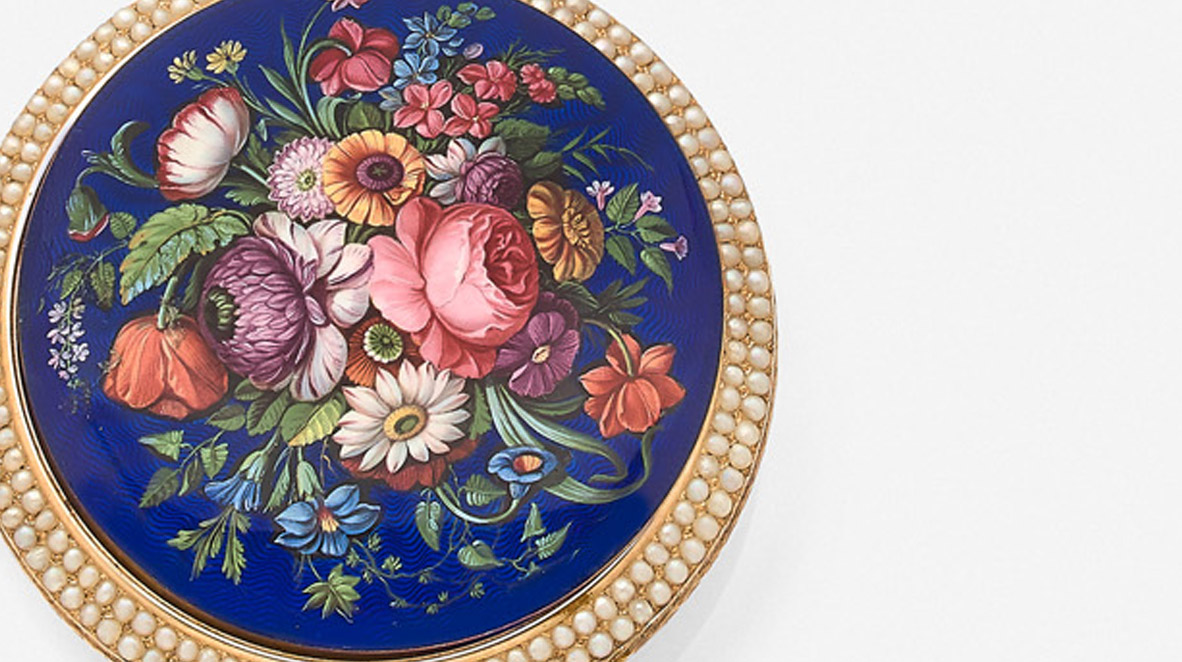 On 9 December, the Fondation Napoléon is selling a group of pieces falling outside the Napoleon I and Napoleon III periods, including some exquisite 18thand 19th century pocket watches in colored enamel. Totally irresistible!

This collection of 270 objects dating from the 18th century, the French Restoration and the July Monarchy was assembled by a keen history fan, Martial Lapeyre, founder of the eponymous window specialist company. He also initiated the Fondation Napoléon (in 1987), which has now decided to sell these items, as they do not belong to the two French Empires the foundation is designed to promote. “These watches have not appeared endlessly at auction, and each one will come with a certificate from the prestigious. Fondation Napoléon,” says Artcurial expert Geoffroy Ader.

In delicate cases encircled by diamonds or fine pearls, enamel comes in romantic pastel shades reminiscent of Fragonard. The micro-motifs include lovers making their vows at the altar of love, a blazing heart on an altar, fluttering doves, a bouquet of flowers, the presentation of the apple and an allegory of prudence. “Historically, Geneva was the enamel center,” says Geoffroy Ader. “This is where the leading craftsmen set up, including French Huguenots who fled the Wars of Religion when the Edict of Nantes was revoked.”

For once, hysteria will not be raging around some Rolex or Patek Philippe likely to rocket to starry heights. No records are expected, and so much the better! However, one of them could cause a sensation. Measuring 65 mm and sporting an entirely chased and engraved caliber, this was made by the Englishman William Anthony for the Chinese market, whose enthusiasm for watches began a while back – the first mass exports dated from the late 18th century. “It’s possible there was a second, identical watch, because they were often bought in pairs – people of those times had a liking for symmetry, as with pairs of vases, for instance” says Geoffroy Ader.

William Anthony’s watch is the most expensive, with an estimate of €12,000: most are priced at between €2,000 and €3,000. “Unlike bracelet watches, there is no market for pocket watches, which accounts for these extremely reasonable estimates,” says Ader. So this is an ideal occasion to treat yourself to one, which you could wear as a pendant instead. A little gem…

Exhibition from 3 to 9 December 2019 at Artcurial