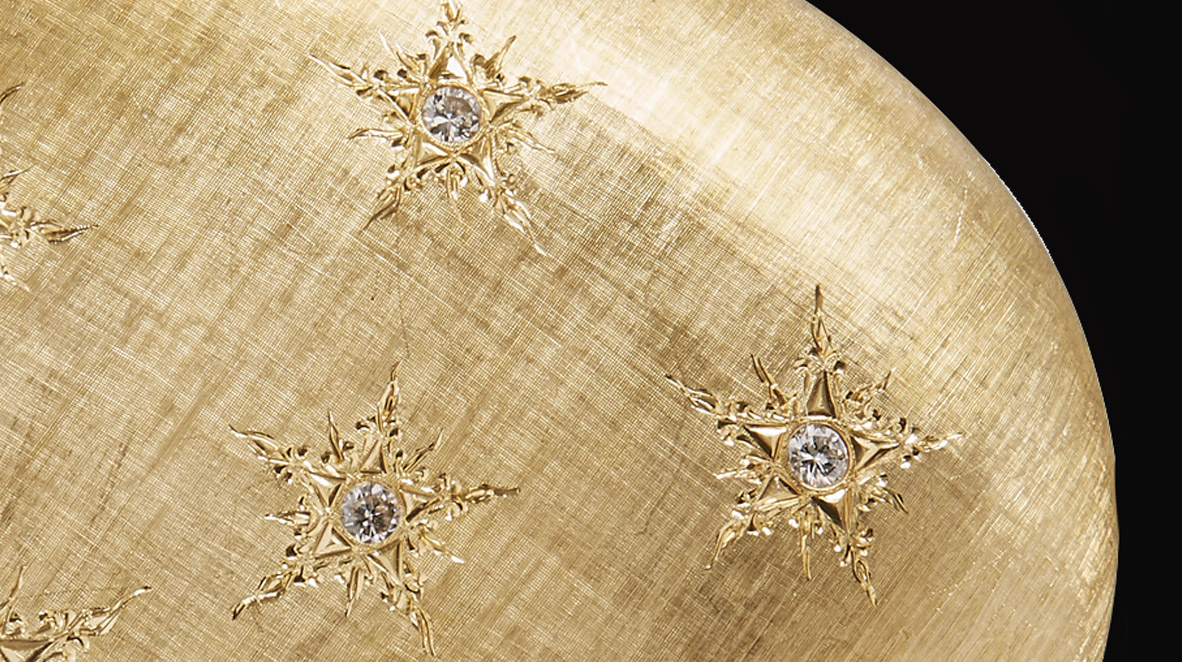 In its Paris sale on 29 October, Sotheby’s will be offering 26 pieces by the Italian jeweler Buccellati. A red-letter day on several counts.

Buccellati pieces are rare at auction and in antique stores. The ones here were entrusted to Sotheby’s by Buccellati itself, to celebrate its centenary. Whether or not by chance, the event coincides with Richemont’s announcement on 26 September of its 100% buyout of the company founded in the early 20th century.

“I wanted a broad selection in terms of price,” says Magali Teisseire, director of the jewelry department. The pieces, with estimates between €1,000 and €45,000, were created between 1970 and 2010 by Gianmaria Buccellati (who died in 2015) and his son Andrea, the current artistic director. Sadly, there are none from the period of Mario Buccellati, dubbed “the prince of goldsmiths” by D’Annunzio. He was the man who “invented” the company’s trademark style in the early 20th century. However, Sotheby’s will be exhibiting twenty-odd pieces by him (lent by the family) in the pre-sale exhibition, including a 1920s tiara, a marvelous bracelet in tulle and a 1950s brooch.  A way of emphasizing the permanence of the style.

Because these pieces dating from the Seventies to 2010 are all hallmarked with the Buccellati style: the influence of naturalism and the spirit of the Renaissance, the meandering foliage, the rosettes and above all the magnificent lace mimicking the products of Bruges and Valenciennes, where the gold filigree work is all pierced by hand. Mario Buccellati’s heirs also continue to set silver with diamonds and mingle it with yellow and rose gold to accentuate the depth. “Everything is incredibly subtle, worked in the minutest detail,” says Magali Teisseire.

The poetry of the Buccellati style lies in the company’s engraving techniques: “rigato” consists of parallel lines used to obtain a silky effect; “telato” gives the metal a linen-like look; “ornato” has minuscule motifs evoking nature. These minute chisel strokes are used to create effects of light and evoke linen, silk and so on. Even the olive-shaped micro-clasps, earring fasteners and micro-meshes are worthy of this treatment.

Time has in no way withered the Buccellati style, also perpetuated by the fifteen goldsmiths employed by the company, and the 200 engravers in its subcontracted workshops. But the situation is highly fragile: in 2013, the family sold the majority shareholding to an Italian investment fund, before the Chinese Gangtai Group acquired 85% of the capital. Now it is up to Richemont to preserve this fabulous treasure.

Buccellati operating under a Chinese flag