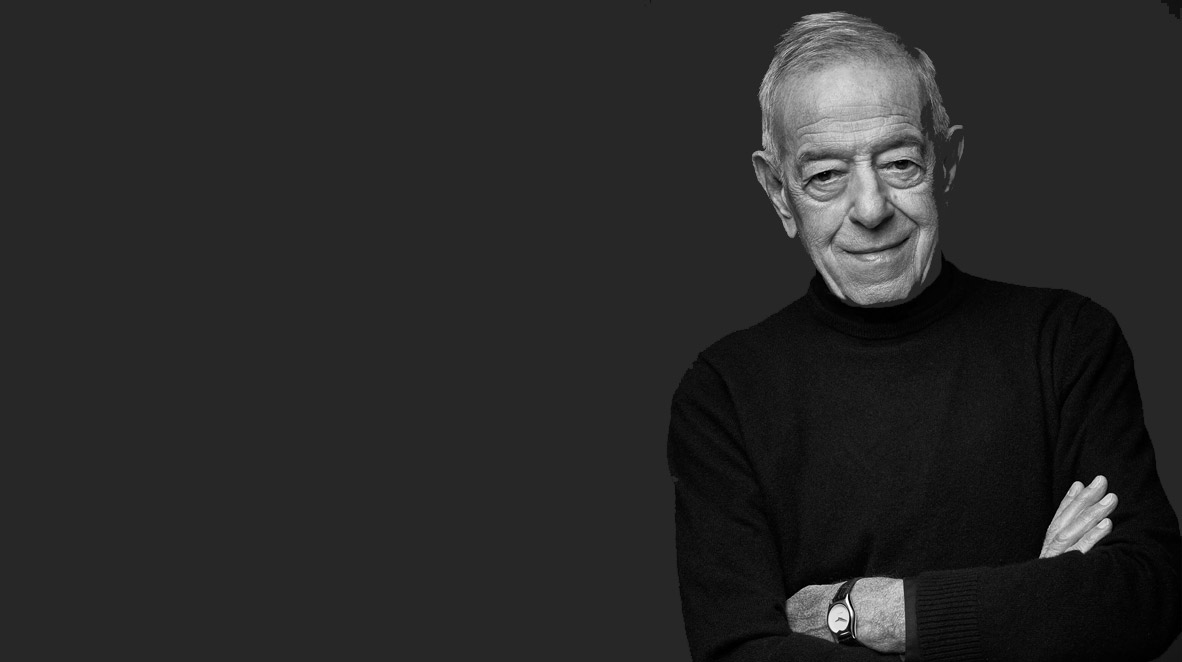 The Greek designer Minas Spiridis has just passed away at the age of 82. Beyond jewelry, this man’s talent found a myriad forms of expression.

I first met Minas Spiridis in April 2019, on the occasion of his debut exhibition in Paris. I discovered his gold or silver jewels uncomplicated by any ornament. Their sensual beauty lies in their simple and fluid lines. “Because God did not create the human body with straight, angular lines”,  he explained. A wide bracelet fits perfectly on the wrist. The rings are made for the left or right hand, not for both. The ear cuff (created in the early 1980s) reaches up as far as the lobe. He designed a series of sculptural hairpins for his wife Gina’s long hair. This sculptural quality makes them incredibly modern.

A thousand lives in one

Deeply immersed in the world of music, Minas first thought of becoming a violinist. At the age of 15, he ended up entering the workshop of Angelos Vourakis, jeweler to the Queen, Onassis and Niarchos. “At the time, jewelers made jewelry because they couldn’t sell the stones alone! They simply copied models from the Cartier and Van Cleef catalogues.” He dreamed of adventure: with $200 in his pocket and without speaking a word of English, he bought a one-way ticket to New York City. At the beginning of the 1970s, he found himself in the workshop of David Webb at the height of his fame, with his figurative pieces weighed down with stones. In other words his polar opposite. He hung out with the in-crowd and met Elsa Peretti. He went on to open his workshop and created pieces such as the “Universal Joint” bracelet, which is still in production. His success across the country – which would result in 200 points of sale – enabled him to obtain US citizenship.

A talent beyond jewelry

Minas told me, “If I stop creating, I die…” He’s always had this Leonardo da Vinci side, with a little bit of Starck mixed in. As an engineer, he likes to invent, to develop a centrifuge for his workshop as well as a micro element to close an earring. The magnifying glass mounted as a pendant is not round but oval: by rotating it, it makes it easier to read Japanese vertically. Of course! This ingenuity led him to design porcelain for Royal Copenhagen and to be the first non-Scandinavian designer to create objects for Georg Jensen, while remaining independent. His watch, only 1,000 copies of which were made, is worn by his old friend, the Rolling Stone guitarist Keith Richards.

To find out more about his personality and his multi-disciplinary talent, head to Mykonos. At the end of the sixties, he fell in love at first sight with the simplicity of Cycladic architecture with its rigorous lines softened by the wind, like those of his jewels. In personal photos, we see him sanding the walls of his house, where the view is breathtaking. It is here that he spends the summer with his family with his sons who work today in the company. He has also designed the Astra, the must-visit night club frequented by celebrities. For his workshop (open 6 months of the year),  he designs everything himself, as always. And he ended up even influencing the public space, providing the old port of Mykonos with benches inspired by those of ancient theatres and lampposts.

The end of the odyssey

I met Minas at the end of his life but he still had a glint in his eye when he told me about his life in New York in the 70s, then in Mykonos, the concerts with the Rolling Stones, including the legendary Wembley concert. Minas was inhabited by his country and inspired by its history, he knew he could never live elsewhere and resolved never to relocate his studio to Copenhagen as Georg Jensen wanted. Minas invented a style that Keith Richards summed up by saying: “He makes music with forms.” Many contemporary creators are the heirs of this style Let’s not forget.