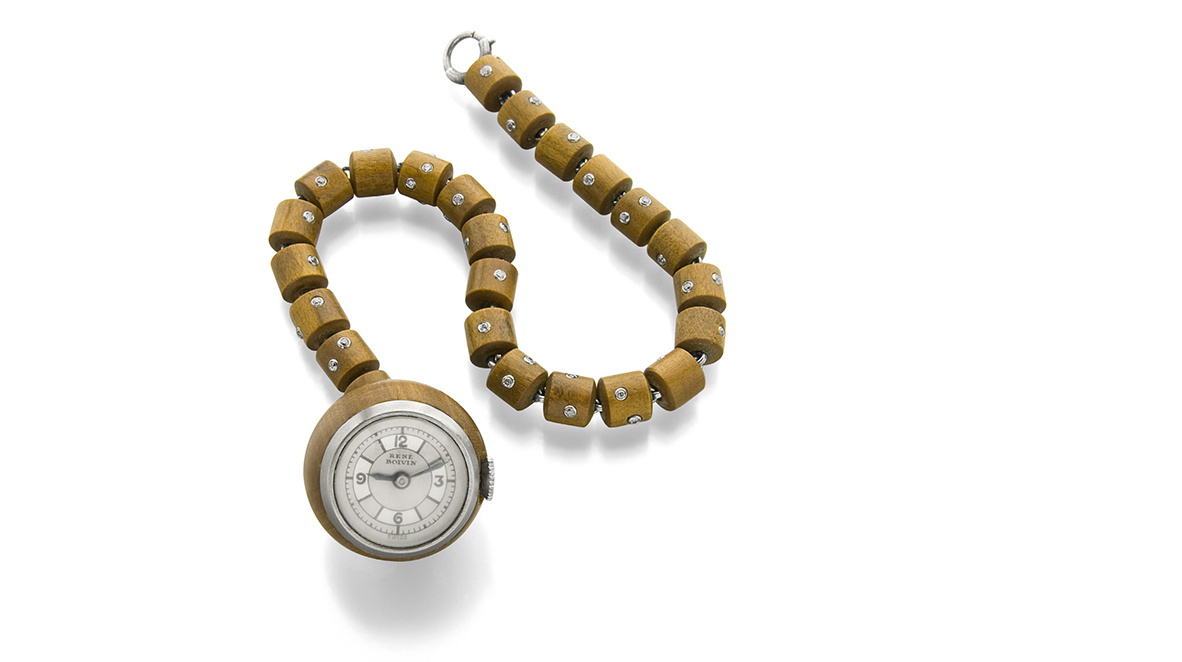 René Boivin: in fact, behind the name of this prized French jeweler hid a team of women.

In auctions and at dealers, collectors hunt down René Boivin jewelry, a family business that took off around 1905. It’s often not made clear that most of the pieces were not made by him as he died 1917, but by women. Françoise Cailles, author of the only book on this house, also qualifies it as a “ladies’ workshop”.

After World War II, his wife Jeanne continued its innovative spirit with unusual contrasts in wood and diamond, rock crystal and fine colored stones, such as purple amethysts, sapphires and green peridots, just to name a few. She also favored yellow gold in a period when platinum and highly structured forms were in full vogue. She oversaw everything in a highly demanding way, including production. This explains why Boivin jewelry appears as though made by a single pair of hands making the pieces easily identifiable at first glance.

The second surprising woman in the history of this house is the designer Suzanne Belperron. For over ten years she worked closely with Jeanne Boivin, to the point where we don’t really know who did what, and which of the two women came up with the ideas. In 1932, Suzanne Belperron quit the establishment to found her own house (today resurrected by Landrigan US) because, it is said, she could not put her name to the jewelry…

Then followed Juliette Moutard, a bird-lover who perpetuated the structured forms and Etruscan influences so dear to the house. She had a lot of humor and spirit, visible for example in her cheeky bestiary. She embodied the ideas of Jeanne Boivin who loved the sea, with for example, the hinged starfish. Then, she went on to work with a newcomer, René Boivin’s daughter.

The female trio would perpetuate the Boivin style up until the 1970s and make their mark in the history of jewelry, until then almost entirely dominated by men.