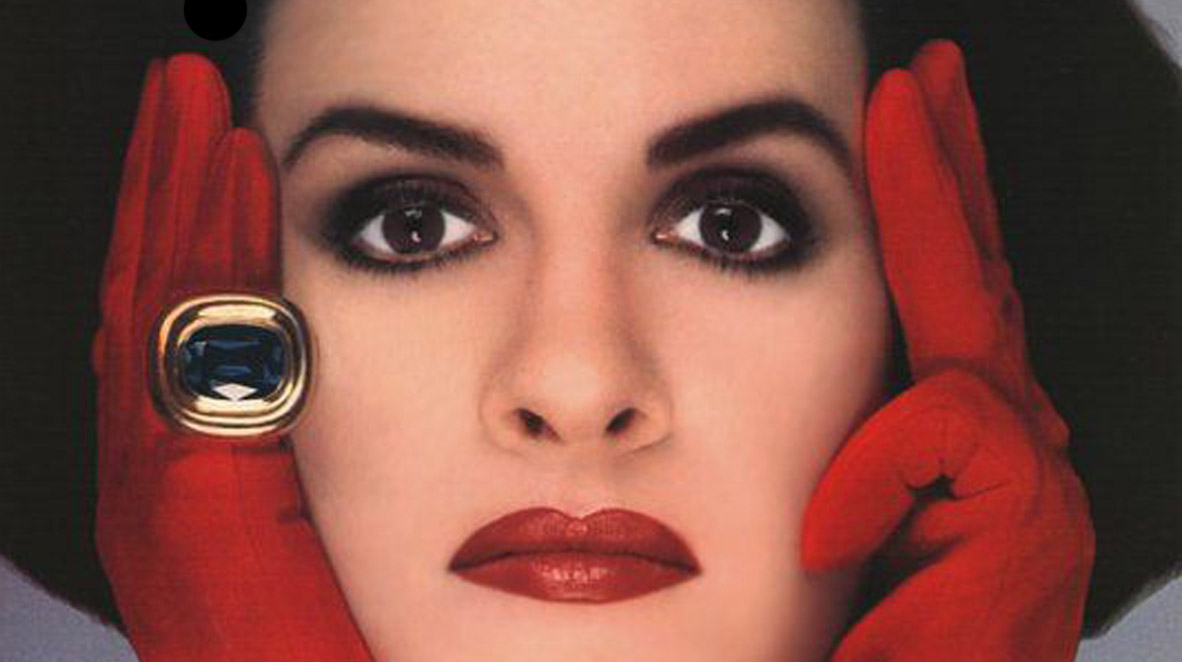 Unpopular for many years, the jewelry from the 80s are now becoming a vintage period, igniting an unprecedented craze.

In its upcoming sale on 13 June, Christie’s Paris is highlighting a dozen jewelry pieces from the 80s (horizontal diaporama): sets by Van Cleef & Arpels and Boucheron, another by Mauboussin, and a necklace and a bracelet by Cartier featuring elephants. Plenty to appeal to young customers, but not to them alone: Pierre Rainero, director of Cartier heritage and style, says, “The company is increasingly interested in this period and is buying up pieces for the archives.”

The main focus was on symmetrical, graphic lines. “Always in very yellow, brilliant gold, open bangles, cuff bracelets, clip earrings and chokers (a necklace halfway between a torc and an Egyptian pectoral) were outsize and formed by repeated geometric motifs,” says historian Amanda Triossi, currently preparing a talk on the Eighties for GemGenève. Like other jewelers of that time, Paloma Picasso at Tiffany & Co was wild about purple amethysts, yellow citrines, green emeralds, rubies and mother-of-pearl. Rather than being faceted, stones were polished into a dome shape and/or set in bezel settings, i.e. held in place by a gold band all around. A taste for Antiquity led to scarab motifs and the use of coins. “Bulgari and Marina B. represented the quintessence of this style,” says Amanda Triossi.

In 2018, Bulgari dedicated its haute joaillerie “Wild Pop” collection precisely to the 80s; this included modular jewelry; colored stones, torcs and so on. A fashion show for the launch featured a model of the period, Pat Cleveland, and a concert by Duran Duran. Marina B., one of the flagship brands, reappeared with its iconic bracelets on springs. Suzanne Syz came up with turntable clips, a nod to Studio 54. Meanwhile, Marc Deloche took inspiration from fancy earrings by Scooter, a kind of 1980s Gas.

The Eighties: the great transformation

In Place Vendôme, the flashy style largely reflected the tastes of customers from South-East Asia and the Middle East, now flocking in after the oil crises. Samuel Fred went for colored diamonds, designed for wealthy emirs.  Mauboussin made 80% of its turnover with the Sultan of Brunei. The Americans were also part of the scene, shored up by a strong dollar. At the same time, jewelers had to cater to the very different tastes of a younger European clientele with pieces that were easy to wear and more affordable, like the “Nadia” rings (a mix of “Nacre” – mother-of-pearl – and Diamond) launched by Mauboussin. The thirty-something François Hérail, with his experience in costume jewelry, really had his finger on the pulse: his brand Poiray, launched in 1975, was a dazzling success, opening up a new niche somewhere between Maty’s mail-order jewelry and haute joaillerie.

The grandeur and decadence of the Eighties

What an upheaval for the jewelers of Place Vendôme, established in the 19th century and used to a clientèle of old families with traditional tastes! No longer able to play it by ear, they had to toughen up their management strategies and conquer new markets. At Chaumet, the two brothers went to prison for embezzlement, and Mauboussin nearly went bankrupt when it was dropped by the Sultan of Brunei. Independent companies failed to make it through this crucial phase of globalization. The Gulf War put an end to the good times: in the Nineties, they were all gradually bought up by top luxury groups like LVMH and Richemont.

This commercial Waterloo overshadowed design for a while. It is now time to rediscover it and appreciate its true value.

6 reasons to go to GemGenève