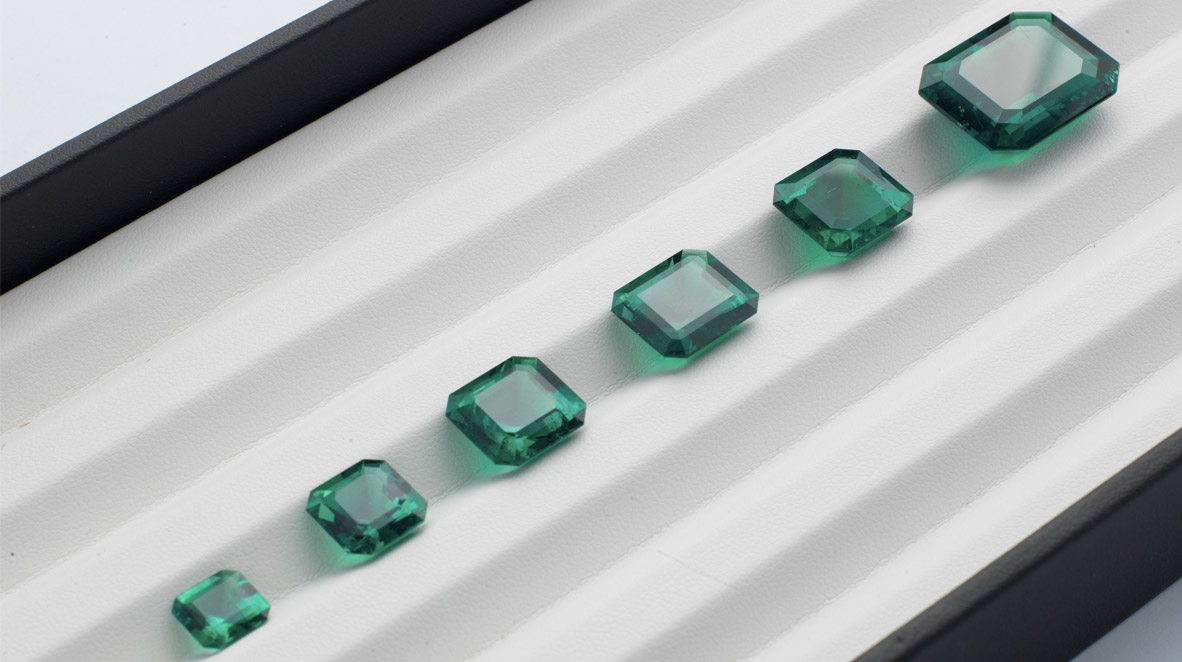 An expert view on what makes a stone valuable and the current state of the market.

What does the French Gemmology Laboratory do?

The LFG identifies the stones and pearls entrusted to us by jewelers, including the elite dealers on Place Vendôme. It issues scientific certificates, guaranteeing the quality of the material and recording the dimensions, treatments, shapes and colours of each item. Not even the slightest error is allowed: the information must be watertight. We deliver an average of 20 per day. Each year, several thousand isolated stones and hundreds of thousands of mixed stones are analysed.

Is the French Gemmology Laboratory the oldest such institution in the world?

Yes, it was founded in 1929, a few years after the Universal Exhibition, where Mikimoto presented his cultured pearl. His invention disconcerted the 300 dealers in fine (i. e. natural) pearls who had set up shop back then from number 1 to 100 rue Lafayette! At that time, the whole world flocked to them for supplies. To help them spot these cultured pearls, they asked the Chambre Syndicale du Diamant to develop new analytical techniques. The result became the French Gemmology Laboratory.

Why is certifying a coloured stone much more complex than a diamond?

For diamonds, the grading system is based on the absence of colour. There is no ambiguity: the less colour, the better the stone. For coloured stones, there is no uniform gradation system across countries and players within the profession. Some people prefer a red ruby with a hint of orange, brown or pink. Others swear only by the pure and intense red that laboratories, encouraged by dealers, have named ‘pigeon-blood’. We decided not to use the term, in consultation with the jewelers on Place Vendôme, because our role is also to protect the consumer.

Do you feel that certain information is sometimes given too much prominence in the certificate?

Why do you buy a stone? For pleasure or to put it in a safe until you sell it? The certificate may well mention the finest provenance, but let’s not forget the affinities with a stone and the emotions it brings. Take an untreated, unheated Burmese ruby: it’s the holy grail… unless, that is, its red is too stony. As far as diamonds are concerned, it’s sometimes worth tolerating a bit of luminescence that does not change colour and has the advantage of lowering the price. That way we can enjoy a bigger stone!

What should we bear in mind about the geopolitics of stones?

Working with Madagascar and Sri Lanka is still fraught with difficulty. Africa is positioning itself as a key producer of coloured stones of a very beautiful quality. The emeralds of Zambia and the rubies of Mozambique are slowly helping erase the image of a continent linked to blood diamonds. There are also deposits of very beautiful blue and mint green tourmalines and orange spessartite garnets. They’re manna from heaven for creatives because there are so few stones of this colour! Over in Burma, the boycotts of the United States and Europe have finally been lifted on rubies and jades. But a few weeks ago, following the persecution of the Rohingyas, Cartier and Tiffany&Co suddenly imposed an embargo, probably under pressure from NGOs. This was a first: never before had brands taken such a decision without consultation!

What is THE hot topic at the moment?

Synthetic diamonds. They boast the same physical, optical and chemical properties as diamonds extracted from the earth, and have given rise to considerable concern and questioning. They first appeared in the early 1950s, and until now have only been used in electronics, abrasives, scalpels and missiles. In the 80s and 90s, synthetic diamonds only appeared under cover, because they were extremely rare and reached a maximum of 2×2 mm! Today they are terribly commonplace but manufacturers have cottoned on to the fact that jewelry is a quicker and easier market than industry, where projects lasting 10-20 years. I think it’s an aberration to index their price on that of natural diamonds! Is it the same as vanilla? No, synthetic vanilla is sold by the ton, just as this piece of carbon crystallised in laboratories should be.