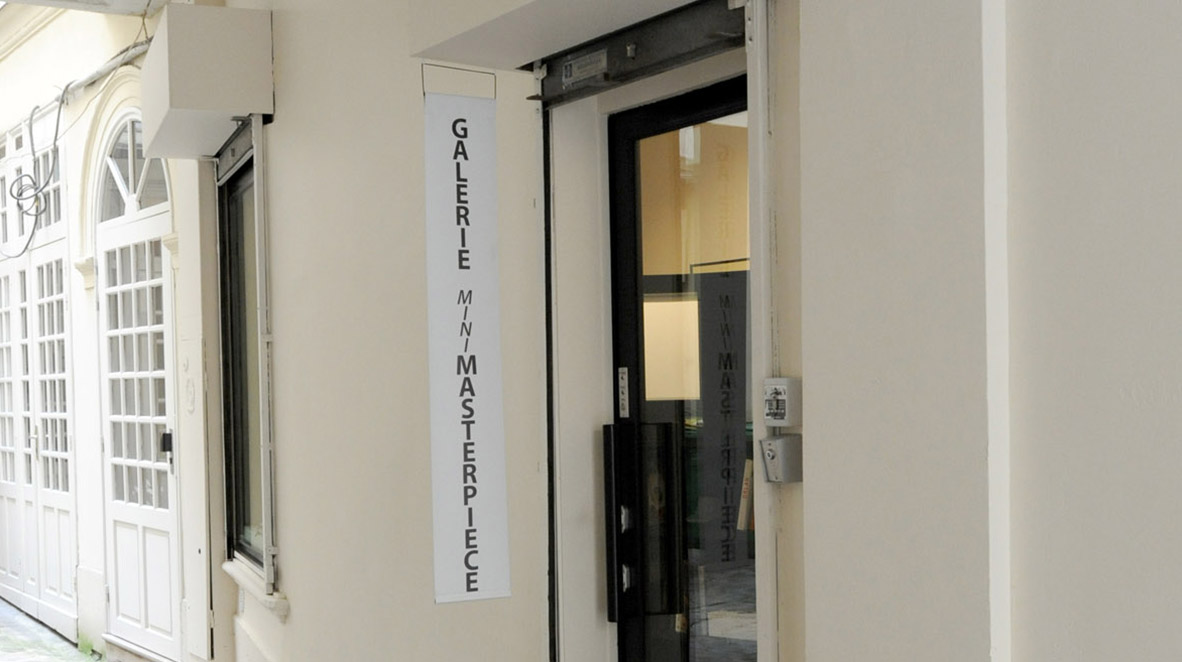 In 2012, Esther de Beaucé opened a gallery exclusively devoted to the publishing of contemporary artists’ jewelry. The next exhibition of the Musée des Arts Décoratifs will feature a number of exceptional pieces from the gallery.

Esther de Beaucé does not consider the jewelry creations of architects, sculptors, designers or painters as a mere jewelry. For her, “these are sculptures made on a small scale, where you can tell at a glance who the creator is”. Pablo Reinoso’s brooch, made of wavy gold slats, evokes his “Spaghetti” benches, while Faust Cardinali’s brooch reinterprets his blends of resin, aluminium, wood, and so on. Bernar Venet’s ring is a coiled golden thread reminiscent of his monumental “Indeterminate Lines”. As for Claude Lévêque’s necklace – a golden thread forming the word “venom” – echoes his neon sentences.

Since the opening of her miniMASTERPIECE gallery in 2012, Esther de Beaucé has commissioned jewelry from twenty artists, most often renowned sculptors, and a dozen designers. In other words, she finances the production of limited series (usually 12) by after an initial assessment of their wearability. “This would not apply for example to a massive gold faceplate that’s too expensive to produce and therefore difficult to sell.” She also takes care to avoid the major pitfall: a derivative object obtained via mere miniaturization. She then has to find a goldsmith to produce the piece because artists who work with precious metals are rare. Once completed, her work as a publisher consists of distributing it through her gallery and promoting it. It also involves introducing them to prestigious private collections or museums – the ultimate consecration.

Esther de Beaucé quotes the brooch “D’Après Réflexion” by François Morellet, a minimalist artist working on geometric abstraction. He conceived this silver brooch as the third phase of a work: it is the sequel to “Réflexion”, a series of photographed neon reflections followed by “D’Après Réflexion”, the installation of a neon reflected in water presented during his retrospective at Beaubourg in 2013. The other emblematic jewelry piece is the ring by Jean-Luc Moulène, inspired by the x-ray of one of his finger bones, thanks to 3D. “It was a total success although at first glance her rigorous intellectual approach is a far cry from the frippery too often associated with jewelry,” she says.

“Jewelry has been an excellent way to continue working with artists whose sculptures, paintings and photographs I first published,” she explains. Her mother was Diane Venet, the wife of sculptor Bernar Venet, who over thirty years built up one of the world’s greatest collections. The American painter Frank Stella, a personal friend of hers, created one of her gold rings – the only piece of jewelry he ever designed. Esther de Beaucé was totally immersed in this world. With a smile, she recalls that as a child, “it was not always easy to watch your mother wearing such strange jewelry…”

The jewelry published by Esther de Beaucé and presented at the miniMASTERPIECE gallery has featured in the most major exhibitions. In “Medusa” at the Museum of Modern Art, Jacqueline de Jong’s earrings rubbed shoulders with pieces by Picasso and Giacometti in the same display case. In “Diane Venet’s ideal collection” at the Musée des Arts Décoratifs, from March 6, a dozen pieces will be presented, including Claude Lévêque’s “Venin” necklace, Barthélémy Toguo’s “Carpe Diem” ring, and the “Twice” ring and “D’Après Réflexion” by François Morellet. They will enjoy the honour of appearing alongside the famous pendant “The Great Fauna” by Pablo Picasso or the “Spoon” by Salvador Dalí. Don’t miss this opportunity to get acquainted with art jewelry before heading over to the miniMASTERPIECE gallery.