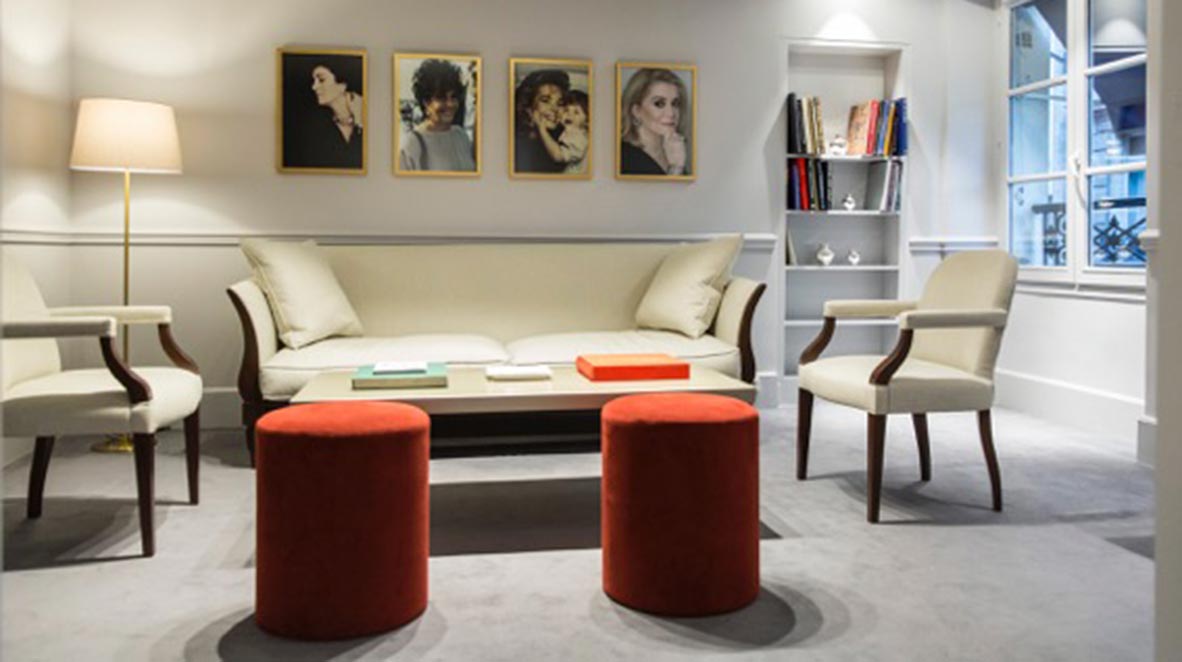 French, keen on Hellenistic culture, she has worked for 40 years at Zolotas, a third of the Greek house’s existence.

You led the creation, communication, management, and you eventually become a shareholder in 1988. You are the soul of Zolotas …

This story began during an internship in the haute couture department of Christian Dior, on meeting Professor Zolotas’s wife: I said a few lines in ancient Greek and she asked me to do an internship in the Paris boutique. That was when Mr. Xenophon Zolotas, without a direct heir, had just parted ways with his nephews who’d founded their own house, Lalaounis. The question of succession is always difficult … Why continue? Towards what? Today my son who grew up in the workshops is the artistic director. It is all my passion …

In 1895, Efthimios Zolotas went to train in the workshops of the Place Vendôme because he wanted to match up to the French houses that were supplying the courts of Europe. His son Xenophon became Governor of the Bank of Greece, and wanted the house to become the ambassador of Hellenic excellence. Greece is the heir to a long tradition that I could talk to you for hours! There were these great periods of richness like the classical period where artisans pushed the sophistication of ancestral Minoan techniques to the extreme, the chasing technique (for obtaining relief decoration) in Mycenae and the inspiration drawn from nature.

How to define the Zolotas style?

It is based on the chrysotechnie, the art of working the gold with three emblematic skills: weaving with threads, granulation and hammering. Gold, very yellow, almost flashy, is king unlike the gemstones that are used only as decoration. We take the heads of lions, the sun and so forth but the inspiration remains mainly abstract. But we never do reproductions of antique jewelry, only contemporary reinterpretations.

What are the highlights?

In the early 70s, we had the world at our feet. International personalities such as Stavros Niarchos, Valéry Giscard d’Estaing, the Shah of Iran and Elizabeth Taylor came to the Athens boutique. I welcomed in person Callas and Jacky Kennedy. But apart from some pictures, some with Marisa Berenson, there is no trace of all this … to the dismay of my son! In the late 80s, the trend was still Zolotas with the artistic director, Ronald Mc Namer, formerly of Tiffany & Co. He introduced 22K hammered gold, clean lines, oversized volumes and the predominance of abstract over figurative. I went on to organize exhibitions in Japan and the Middle East. Then the big international groups with their enormous resources changed things dramatically.

How often do you create?

Never under pressure, our pace is determined by our financing capabilities, mainly a collection every two years, a capsule collection at the end of each year and some collaborations. The first dates from the 1970s, with Claude Lalanne, followed by another with a young Paloma Picasso, then barely 20, and with Alekos Fassianos. More recently, Nisa Chevènement designed a necklace composed of long anthropomorphic figures evoking Cycladic idols.

You have just opened a boutique in Paris. It seems that Greek designers and houses have never been so present on the international scene …

This is mainly due to the extremely serious crisis in the country that doesn’t allow any of them to make a go of it. I look forward to the reception we can give them!