Home > Style > Cartier Islam exhibition madparis > “Cartier and the Arts of Islam”, in the footsteps of Louis Cartier… 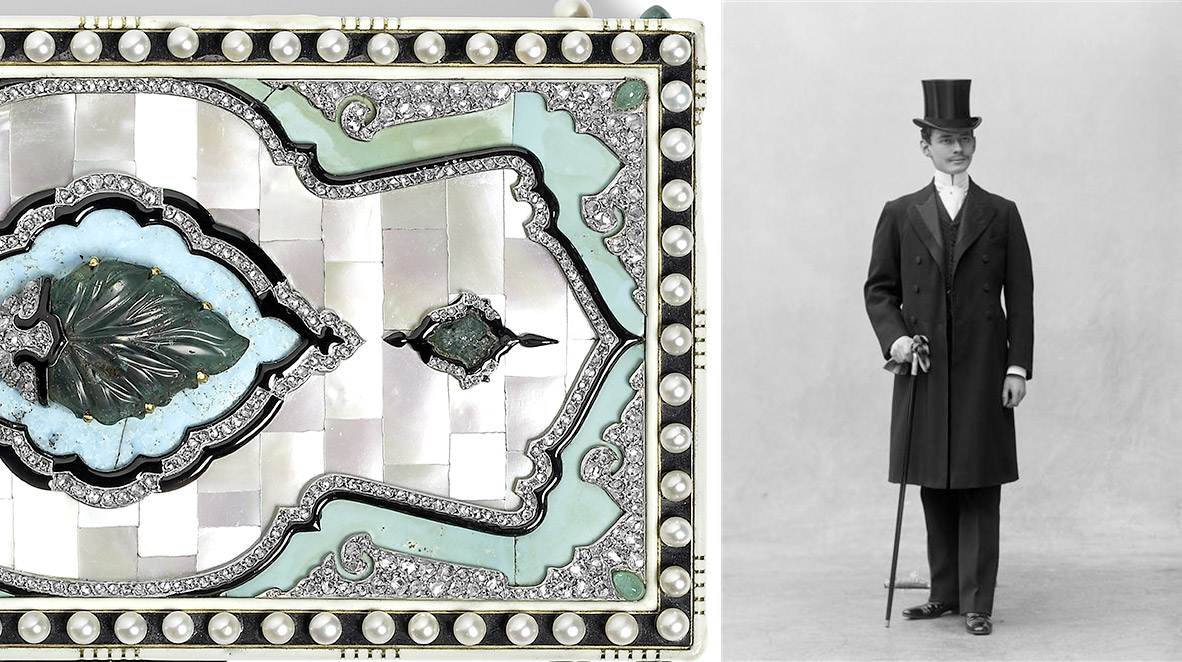 80 years after his death, the exhibition “Cartier and the Arts of Islam” sounds like the ultimate consecration for Louis Cartier – the visionary who established this unique style that is now known throughout the world.

In 1900, Louis was 25 years old and a third-generation member of the family. He had just joined the family business recently established on rue de la Paix, the new epicenter of French luxury – thanks to his arranged marriage to the granddaughter of Worth (the inventor of haute couture, located at no. 7) and the tremendous dowry she brought. Paris was then in full swing with the arrival of electricity and telephone, the development of tourism, and aviation, not to mention the first automobile capable of traveling at 100 km/h. Paris hosted the Universal Exhibition and in 1903, the Exhibition of so-called “Muslim arts” at the Marsan Pavilion, where he was already struck by the simple and geometric forms. Given his passion for innovation, Cartier “always wanted to know why and how things worked”, writes Francesca Cartier Brickell, one of his descendants and author of the fascinating book The Cartiers – The Untold Story of the Family behind the Jewelry Empire.

At the very beginning of the 20th century, the Cartier company was still selling mainly antique objets d’art (Sèvres porcelain services, picture frames, etc.) and jewelry of no particular style. Louis Cartier brought his own personal taste to the table. He immediately rejected the fashionable Art Nouveau style, characterized by soft lines, in which his neighbors Henri Vever, René Lalique and Frédéric Boucheron excelled. But lest he be accused of excessive traditionalism,  as a cultured esthete, he was already revisiting the interlacing, tassels and diamond bows of Marie-Antoinette’s jewelry. His modern approach was clearly perceptible: “from 1902-1904”,the style known as Guirlande was characterized by “more geometric lines as exhibition curator *Évelyne Possémé notes. This taste for stylization and purity, heralding Art Deco, was gradually bolstered by his passion for Eastern civilizations, and more specifically for Islamic art.”

Louis then laid the foundations of the Cartier style. He had a flair for recruiting his designers, whom he called “inventors”, and sometimes in sectors that had nothing to do with jewelry: he spotted Charles Jacqueau, the most important designer, while the latter was making a wrought-iron balustrade on Boulevard Raspail! Then there was Maurice Couët, who made mysterious clocks inspired by those of the magician Robert-Houdin, with invisible mechanisms and hands that seemed to float in the air. Louis Cartier set up a creative process with a notebook of ideas and study drawings that can be seen in the exhibition. He did not draw: he annotated, underlined and circled. As a man of the world, he could be seen at the Automobile Club, the Aeroclub, in the Bois de Boulogne riding horses. He spent his evenings at Maxim’s with Boni de Castellane, the aviator Santos-Dumont, for whom he invented the wristwatch so that pilot no longer needed to take out his pocket watch during a flight. He also met Gabrielle Chanel, a friend of Jeanne Toussaint, who, years later, would take over from her. He had an eye for everything, interpreting and transforming all he saw. He set exacting standards and encouraged his designers to do likewise.

“The main sources of inspiration for this modern style, which became more geometric and colorful over time, were his library and his collection of oriental art. The Islamic part of this collection (partially reconstructed for the exhibition) focuses on Persian miniatures and books”, explains **Judith Henon-Raynaud. But put aside all thoughts of “Monsieur Louis” crisscrossing the planet on luxury liners! It is true that he went to Russia, Cordoba and Munich for the exhibition dedicated to Islamic arts in 1910, and New York, but that’s pretty much the extent of his travels. The real adventurer of the family was Jacques, the younger brother, in charge of the London branch and passionate about precious stones. Louis Cartier built his collection in Paris, which had become the center of the art trade, particularly Islamic art, thanks to the Armenian merchants who had settled there. There was also the esthetic upheaval of the Ballets Russes in 1909, which he saw several times with Jacqueau and during which he frantically filled his notebooks.

Modernity came to him: and thanks to his constant vigilance, he was able to seize it with both hands. It was from Paris that Louis Cartier invented this unique style, which is now known throughout the world.

**Judith Henon-Raynaud, head curator of heritage and assistant to the director of the Louvre’s Department of Islamic Art.