Home > My Agenda > Luz Camino at the PAD 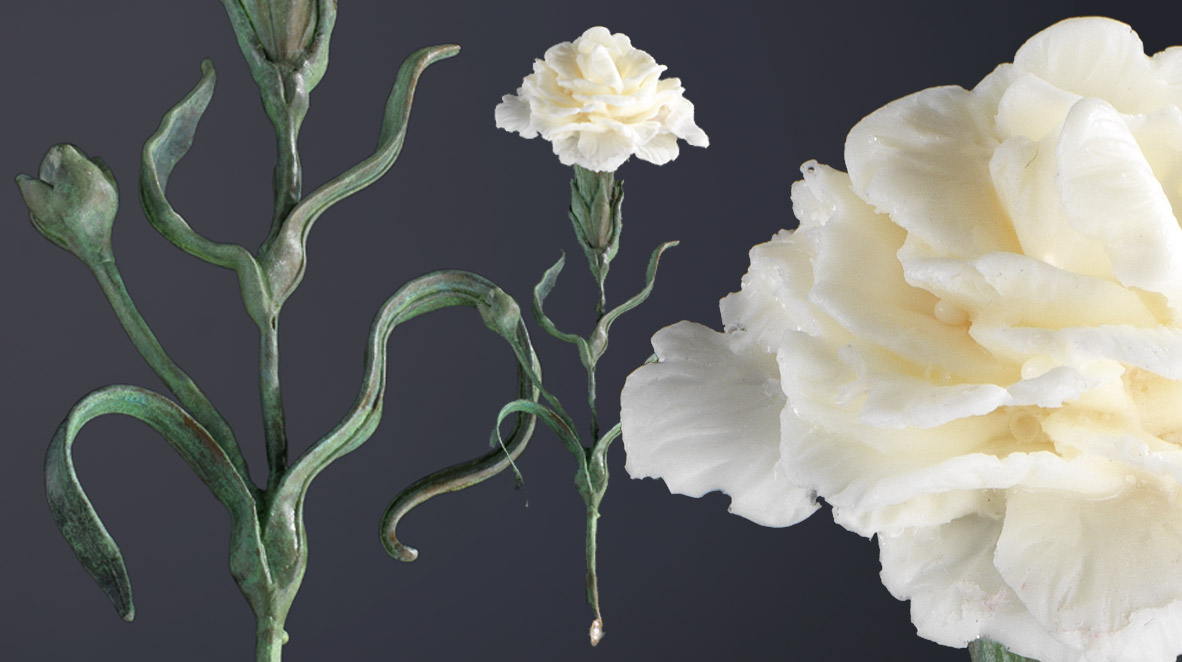 Spanish designer Luz Camino presents her high jewelry creations for the first time to the Parisian public. Head over to the Second Petale stand at PAD Paris….

This show, originally dedicated to art and design, is now giving jewelry ever greater visibility. This year, the event revolves around the presence of the Spanish designer, Luz Camino, represented by Arina Pouzoulic. Pouzoulic, founder of Second Petale, explains that it she fell “in love at first sight with her creations with their hyper realistic plants and animals. They are extremely powerful and whisk us into an almost spiritual dimension… it just took my breath away.” Pouzoulic dedicates a whole display case to Camino, surrounded by other talented contemporary creators such as Simona Tagliaferri, as well as more venerable names like the great Jean Vendome.

Luz Camino (whose beginnings date back to 1978) is the first woman to create high jewelry in Spain, calling exclusively on artisans from Madrid. “People often just assume she’s Italian”, says Fernando, her son and closest collaborator, with a tinge of regret. It’s true that Spain is not very famous in this domain –  its most illustrious name, that of Ansorena, official jeweler to the Court since the beginning of the 20th century, has not matched the heights of fame achieved by Cartier, Buccellati or Bulgari. Nevertheless, Luz Camino’s work today rivals that of JAR, India’s Viren Baghat or Germany’s Hemmerle.

Camino only makes one-off pieces (and a few small series), which she presents each year at the TEFAF and at the Bergdorf Goodman or Moda Operandi trunkshows. But she also exhibits in some of the greatest museums such as the V&A in London or the Decorative Arts Museum in Paris. She doesn’t set out to use huge diamonds or rubies, or to overplay the precious element, and cares little for the intrinsic value of her materials, freely mixing bronze and gold, resin and diamonds, rock crystal and ebony, or chromo-diopside and enamel. Her materials, like her techniques, are all subservient to a single objective: to capture the beauty of nature – her main source of inspiration – as faithfully as possible.

More than mere realism, the carnation presented by Second Petale at the PAD borders on optical illusion. Luz Camino often wears it in her buttonhole, with onlookers deeming it the height of chic for a jewelry designer to wear this natural flower. What they fail to notice is that the infinitely delicate toothed and lacinized petals are sculpted in white resin. The patinated bronze stem, lined with gold at the back, also contributes to this perception. “Like all jewelry designed as sculpture, this carnation can also be placed on a piece of furniture,” explains Arina Pouzoulic, “or even in a vase.”

Another leitmotiv in this naturalistic repertoire, which also includes colored pencil shavings and French fries, is plique-à-jour enamel – a technique highly prized by René Lalique. In her book, Juliet de la Rochefoucauld even describes her as the “queen of plique à jour”. It´s true that she loves working her material to create the transparency of the leaves of a peony or of butterfly wings, but she also makes use of mica leaves with their shimmering reflections. Examine each piece of jewelry with a magnifying glass and you’ll soon discover a thousand secrets inherent within such divine beauty: a bracelet sculpted from a single block of rough lapis lazuli, diamonds cast into the enamel mere fractions of a second before it dries…

Thanks to the efforts of Arina Pouzoulic, the work of Luz Camino can now be admired at the PAD Paris, where the creator will be on hand to meet collectors. An incredible opportunity –  and one that’s not to be missed.

“Behind the Scenes at the Jean Vendome exhibition”, The School of Jewelry Arts