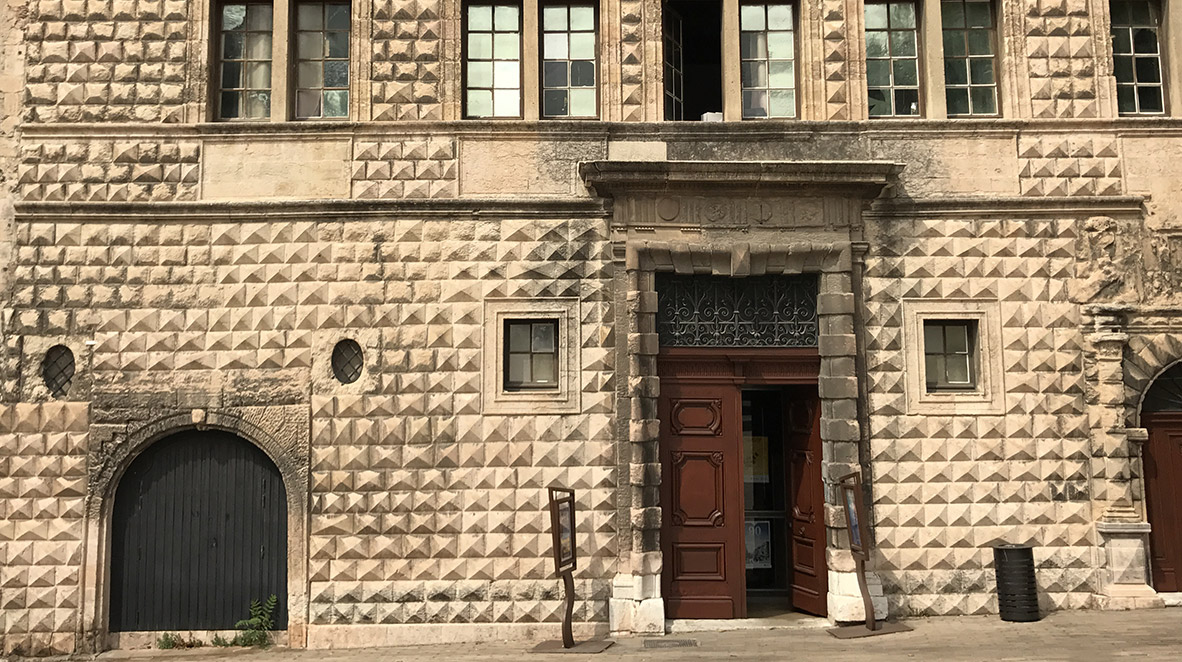 Close to the Old Port, just behind the City Hall, lies a house named for its stone façade entirely covered in raised diamond-shaped tips, with four sides meeting in a ridge. This bossage creating play with light and shade is described as “Venetian”, reflecting the rich past of this major trading city open to the East.

We know nothing about the person who commissioned this façade with its prismatic bossage, or its architect. Considered the oldest house in the city, the Maison Diamantée could have been built in 1570 or the early 17th century, possibly by a Catalan merchant called Pierre Gardiolle.

Initially the home of various great families, it was subsequently divided up during the French Revolution. Later, it was saved from ruin in 1914, and escaped the destruction of the old districts ordered by the German authorities in 1943. A house protected by the powers of the most precious gem, it would seem…