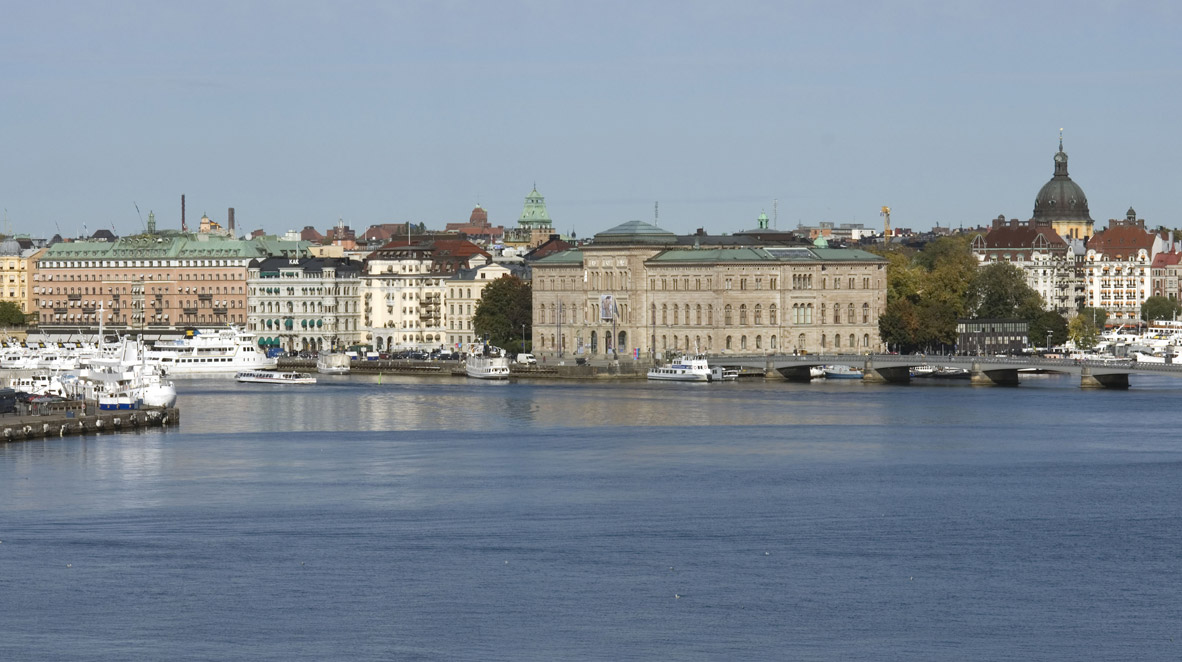 Miniatures versus contemporary jewelry at the National Museum

A visit to the National Museum here reveals the world’s biggest collection of miniature enamel portraits, with 5,200 pieces. The museum also possesses a splendid collection of jewelry, whose oldest piece dates from 1500. The visit provides a chance to discover Swedish jewelry, from Queen Fredrika’s crown (1806) to the last designs by Torun Vivianna Bülow-Hübe and contemporary pieces by Helena Edman, Aud Charlotte, Ho Sook Sinding and Helena Sandström. The primary function of these contemporary pieces is hardly decorative, and some verge on the disturbing, like Marta Mattsson’s resin brooch enclosing an insect.

This vintage micro-store has miraculously survived in a district full of international luxury jewelers. The windows feature old dummies’ heads with unbelievably human expressions. Seemingly straight out of vintage Hollywood movies, they sport feathered pillbox hats and couture jewelry: bakelite earrings and necklaces in pop colors, white rhinestone bangles, and more. You could spend hours there.

The crown jewels (Skattkammaren) at the Royal Palace

It is forbidden to photograph the Swedish crown jewels, which are kept in the dark cellars of the Royal Palace. The oldest piece is Gustav Vasa’s 1772 ceremonial sword in gold inlaid with precious stones. King Erik XIV introduced these treasures at his coronation in 1561, inspired by the magnificence of the English crown jewels. The crown, scepter and orb he had made for the occasion are all exhibited here. They may not  be the most beautiful in Europe, but are well worth a trip.

The reserves of the Sweden’s largest cultural history museum contain over 1.5 million objects, including 10,000 items of jewelry (compared with the 7,000 in Paris’s Musée des Arts Décoratifs).  The rich and varied exhibition of the Nordiska features 1,000 of them, including a bride’s tiara, a metal necklace by H&M and a pendant belonging to Swedish nobleman Gustav Baner. In the showcases, items are classified by theme: hair, sentimental jewelry, mourning, Punk fashion, garment fastenings, buttons, combs and so on. Easily accessible and truly fascinating.

The ring of the Vasa’s captain

In 1628, the Vasa, a spanking new warship, left the port of Stockholm on its maiden voyage – and sank in less than five minutes, 1300 meters out to sea. Here you can admire the gigantic vessel raised virtually intact from the waters 300 years later. The objects found included skeletons, crockery and by some miracle, the captain’s gold ring!

Of all the objects belonging to the Swedish royal family (armor, decorations, etc.), the most extraordinary are the wedding outfits of Gustav III and Sofia Magdalena (1766). These are jewel-garments in a silver fabric supposed to reflect the divine light, symbolizing purity and innocence. The brocade dress with its wasp waist (53.5 cm), inversely proportional to its width and 3-meter train, is quite staggering, while the bridegroom’s coat is entirely embroidered in suns and clouds.  This extremely sophisticated work was carried out in Paris.

The Golden Hall at City Hall

Stockholm’s architecture is austere, with a few exceptions that prove the rule – like a room decked out in 19 million gold tesserae, which you enter through two copper doors each weighing a ton. On the walls, mosaic scenes created between 1921 and 1923 narrate the history of Sweden from the 9th century to the 1920s. The one at the end shows the queen of Lake Mälar (which extends all the way to Stockholm) seated on her throne, holding the city’s edifices in her hand. On either side is a tribute to the East and the West, which includes the Eiffel Tower and the American flag. This magnificent setting can receive 700 guests.