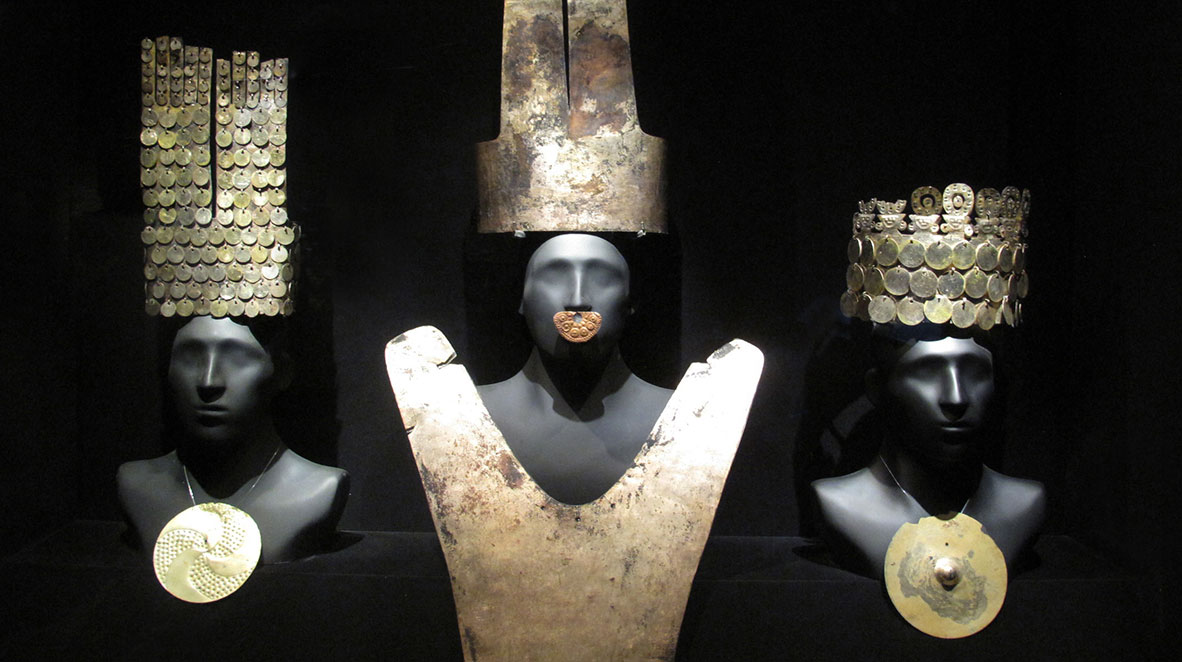 Founded in 1926, the Rafael Larco Herrera Museum belongs to the descendants of the founder, one of the fathers of Peruvian archaeology. On a very human scale, this building in the hacienda style and organized around a patio, has an outstanding permanent collection of ceremonial objects. Funeral ornamental dress, religious emblems and prestige are all gathered in the Gold and Jewelry gallery. Many come from the Moche or Mochica Culture (100-800 AD), which preceded the Incas, and is less known to the general public. In the darkness, these marvels installed on ultra-minimalist mannequin heads create a striking effect.

The pectoral-style pieces depict images of sacrificial rites. On earrings dangle snakes, while on the head ornamental pieces condors, dragons and other chimeras are represented. Nose ornaments evoke bird beaks and feline whiskers. Here and there appear hands holding severed heads… In this metaphorical iconography, the symbolic overlaps with the symbolism of gold and silver, respectively associated with the sun and the moon. In an attempt to translate their relationship with the stars, the Mochica chiselled, open worked and hammered each piece. Excellent goldsmiths, they patinated them, or lightened and darken the pieces with different alloys.

During the ceremonies, these extravagant adornments transformed leaders – warriors, priests or administrators – into supernatural beings before accompanying them unto their graves.