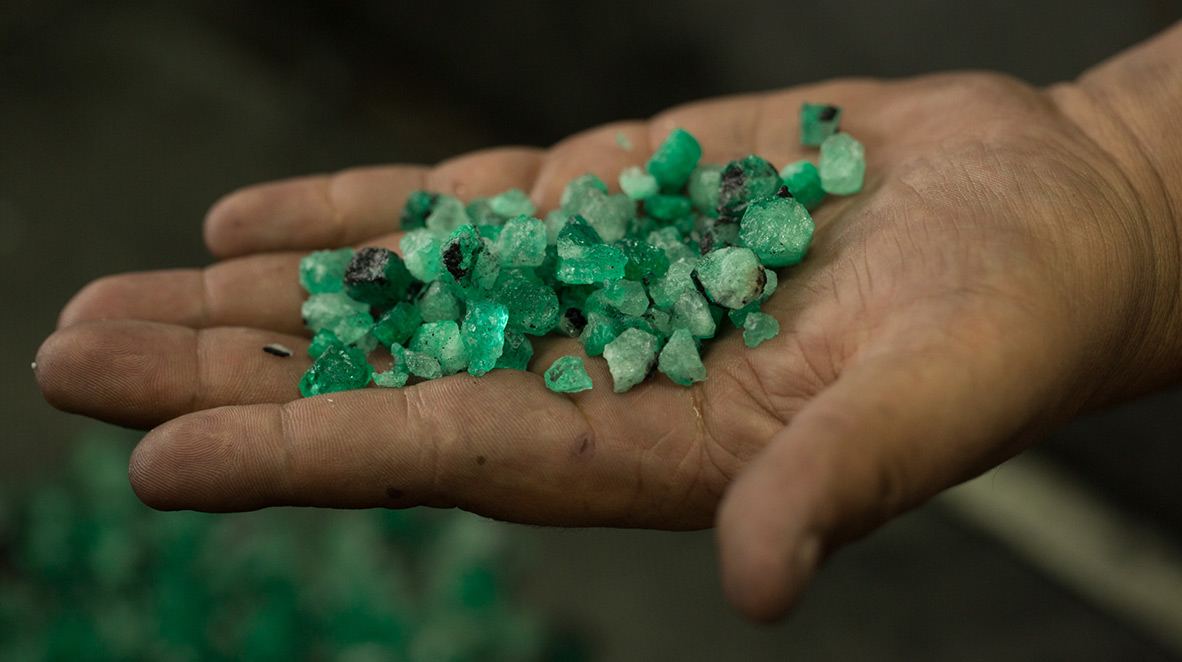 What you should know about this green gem.

– Such creators as the Brazilian Fernando Jorge, the Colombian Lucia Bueno-Mallarino, the Lebanese Dina Kamal or the American Cathy Waterman, the feature it. Nina Runsdorf uses it in slices trimmed with diamonds. Selim Mouzannar uses a rare variety, called trapiche, characterized by inclusions forming a six-pointed star pattern.

– The emerald’s strong return has been largely orchestrated by powerful mining companies like Gemfields Minerias Texas and Colombia (MTC) in Muzo that “lend” stones to designers and jewelers.

“Colombian emeralds dominated the market until the mid-twentieth century, before being slightly overtaken by those of Zambia. This country, with its Kagem mine, now represents 35% of world production. Brazil is in third position with 15%, ahead of Russia, Madagascar and Afghanistan,” says Jean-Claude Michelou, in charge of communication at the International Colored Gemstone Association, and Technical Advisor to the United Nations on traceability of gold and colored stones.

– Like many colored stones, this green gem is mainly extracted in artisanal mines that often escape control and regulation. “Currently 63% of emerald mining is undertaken without meeting legal extraction standards and partially evade taxing,” according to Maria Isabel Ulloa, Deputy British mines.

– The quality of emeralds poses a number of problems. To make them more transparent and pure, resin treatments and oiling is used to fill internal micro-cracks. With time, the treatments tend to yellow or fall out.

– Producing countries, governments and other stakeholders participated in the first International Emerald Symposium in Bogotá in 2015. The mission was to try to harmonize the global market and make it more transparent, which had already been achieved with diamonds.