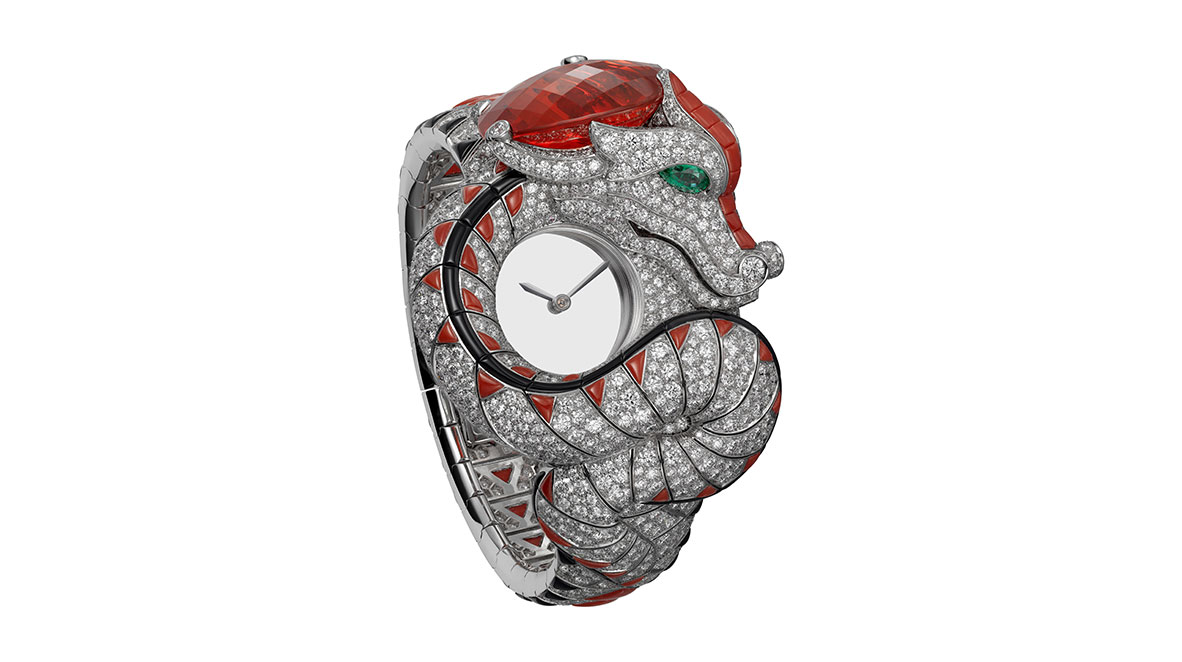 Jean Eugène Robert-Houdin, a famous illusionist and enthusiast of automatons and also watches, invented the Cartier mysterious watch movement integrated into pieces of jewelry featuring a dragon or a snake. In the nineteenth century, it was he who developed a transparent dial with an isolated movement where the hands are seemingly suspended in space. In reality, they are fixed in two turning crystal discs with serrated metal edges that are connected to a hidden rack in the frame. The latter’s attachment is usually hidden in the base of the mechanism. This “magic trick” won over Cartier that began regularly producing models from 1912. This unprecedented combination highlights the ingenuity and virtuosity of these singular workings amidst the decorative patterns of Eastern inspiration like chimeras, dragons and Buddhas. For over 100 years, the wealth of materials, onyx, enamel, jade, diamonds or moonstone echoes these architectural lines. Time in reality, does seem suspended.