Home > Business > Mellerio, the jeweler of the Second Empire 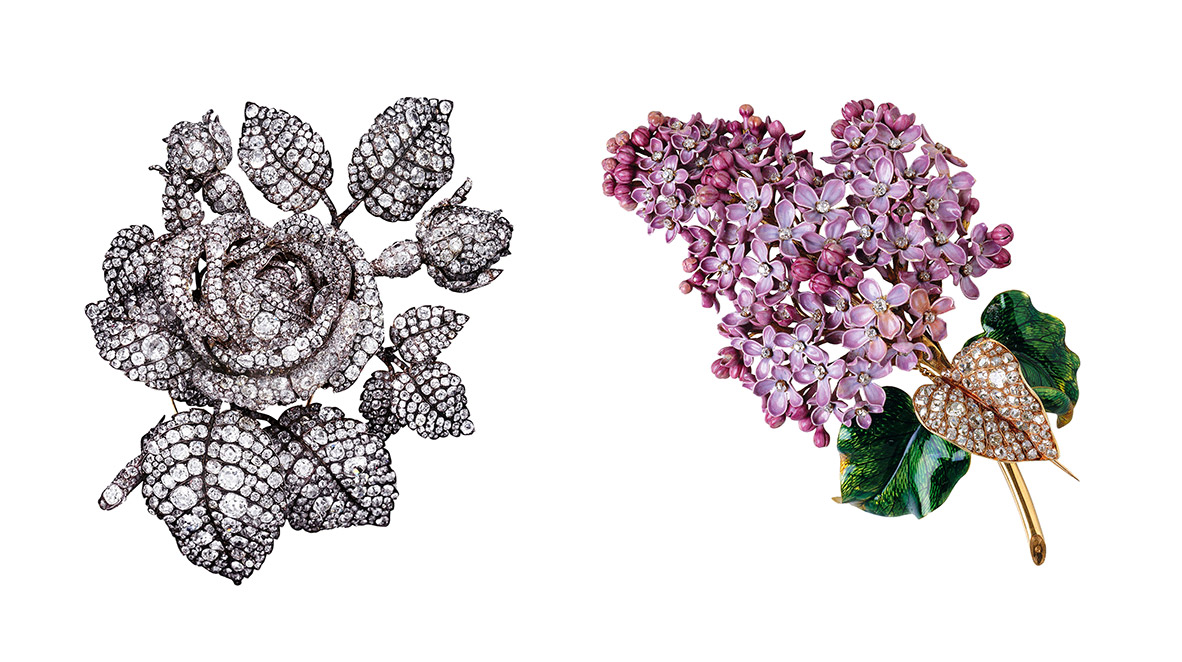 For its “Spectaculaire Second Empire, 1852-1870” exhibition, the Musée d’Orsay considered the house of Mellerio as the best representative for the jewelry section.

Of the jewelers that existed at the time, only Chaumet, Boucheron and Mellerio remain today. “We chose this house because Mellerio made jewelry in all the favored styles of that time and it was the jeweler of all the personalities,” says Yves Badetz, curator in charge of Decorative Arts at the Musée d’Orsay. Luxury was reborn during those 18 years that bore all the hallmarks of ostentation where the elegant set changed their outfits and adornments several times a day according to the balls in the court of Compiègne or evenings at the opera. Among the most prominent of these went to Mellerio’s, and of course there were the Imperial family and the Countess of Castiglione, along with Russian, Polish, Spanish and Italian aristocrats, including King Victor Emmanuel II of Italy who purchased there a wild-rose tiara for his future daughter-in-law.

Beside the imperial crown and diadem on loan from the Louvre, the 35 jewelry pieces exhibited from Mellerio express the incredible diversity of styles in vogue at that time. A lilac brooch in a naturalist style sits alongside a serpent bracelet or a beetle brooch evoking antiquity. The more esoteric globe and arrow pendant and the bracelet displaying a distinct Renaissance influence were at the time, as equally fashionable as the diamond bow-brooch in the style of Marie-Antoinette, the Empress Eugenie’s idol. This jewelry also gives an idea of the incredible wealth of materials and techniques with flowers mounted on flexible stems that quiver, enamels in a multitude of colors and bracelets that are articulated to remain positioned on top of the arm.

The centerpiece of the exhibition is the peacock brooch commissioned by Eugenie just after the Exposition Universelle in 1867. This brooch, recently reacquired by Mellerio, illustrates all its avant-garde spirit: its barbs move both up and down and back and forth while its central section set with an emerald is removable and becomes a pendant resembling an eye. To date, it is also the oldest jewelry piece depicting a peacock feather. A theme since used a thousand times over, and one that has become a classic theme in jewelry.

This exhibition dedicated to the Second Empire highlights a golden age of jewelry echoing that of today, with the same conjunction of styles, the same technical prowess, the same sophistication and the same influx of customers seeking extraordinary pieces.

"It's time to change!" by the Madnetwork consulting agency

“It is undoubtedly the luxury segment that has suffered the most from the crisis,” the Madnetwork consulting agency’s study states.

In the midst of the lockdown, Courbet succeeded in raising an impressive €8 million. A conversation with Manuel Mallen, founder and president of this...

Still ignored as late as the 70s and 80s, colored diamonds are now fetching astronomical prices at auction. Their unique value based on nothing but the...