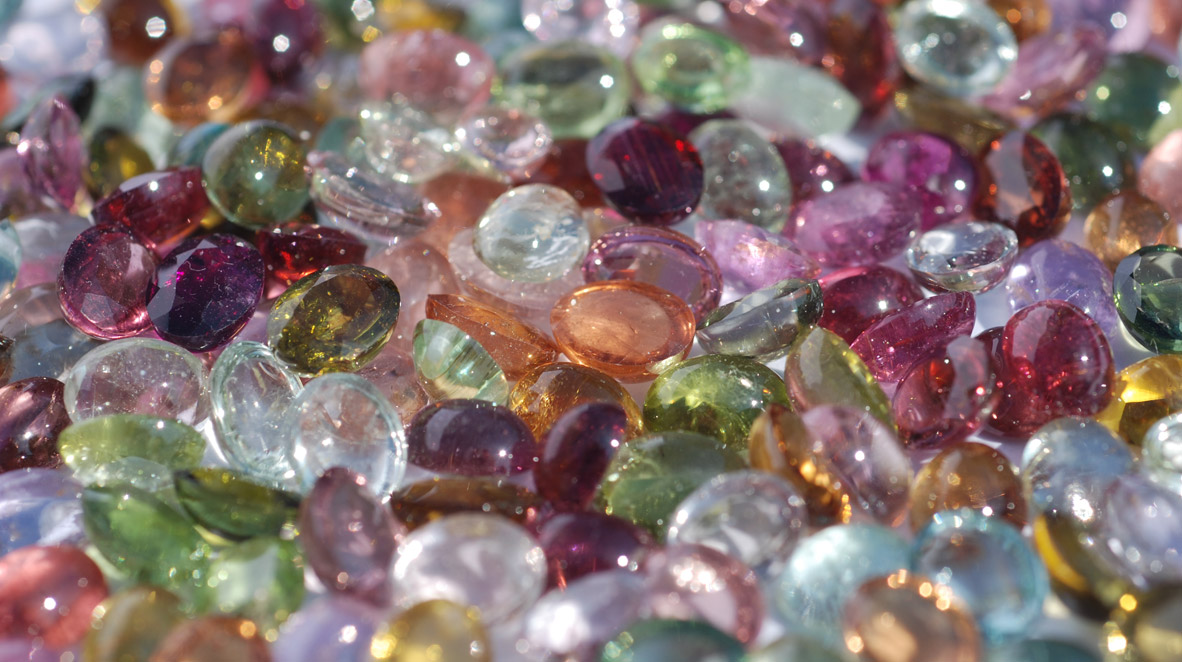 Marie-Hélène de Taillac is often associated with India, as is her style. True…up to a point.

It certainly started in India
Marie-Hélène de Taillac fell hook, line and sinker for the colored stones she discovered at the Gem Palace in Jaipur, 22 years ago. She was the first designer to set up a studio there in view of using the local artists’ skills. “The goldsmiths work by hand, like they did in ancient Greece,” she says. “They create incredible textures in gold, similar to fabric.” Meanwhile, her gemstone workers’ expertise in non-standard cuts is illustrated in the miniature dromedaries, fish and parrots perched on her earrings.

The power of stones

Marie-Hélène de Taillac believes in the energies of stones. Though this is a highly significant sphere in India, she has always approached it in a far more detached way. But without according them supernatural or religious powers, she believes they can influence our moods, that people never choose them by chance, and that there are hidden resonances. Rather than enclosing them in mounts, she pierces them so that they can be worn next to the skin. She has also published a booklet on the virtues of tourmalines, aquamarines, moonstones and other gems.

The similarities with India and its influences end there: her color range is vastly different from what is traditionally worn in the country. Marie-Hélène de Taillac revels in soft, girly and zesty shades, joyously mingling pink morganites, denim-blue and Paraiba tourmalines, mauve amethysts and menthol-green aquamarines. Spinel remains her favorite. “This gemstone is the driving force of my creativity, the starting point of all my pieces. I adore the moment when the dealer unseals his packages, and I sense I might fall in love with a stone…”

“Contrary to what is often thought, the pure gold I use is a reference not to India but to Antiquity,” she says.  The “Cabochon” ring is inspired by the scarab ring of those times. Her dangling parrot earrings evoke the German Renaissance, while the aura of Australian pearls (almost too big to be true) echoes a girlier world. They can be found in “girandoles” – earrings with pendants typical of the 18th century – and long necklaces tinkling with charms in the shape of crowns, shoes and carriages. Fashion is also a source of inspiration as shown by the “Foulard” necklace.

A little over twenty years ago, Marie-Hélène de Taillac initiated a unique and highly personal style that inspired dozens of jewelry designers. Single-handedly, with her family as back-up, she has imbued her style with ever more refinement, intensity and sophistication over the years. She loves the light-hearted and frivolous without being so herself. Her flowery, humorous world conceals stringent standards. Her work displays faultless taste. She is meticulous in every detail, from the interior design of her stores and her niece’s ultra-creative window displays to the color combination of presentation boxes and care instructions for her jewelry.

Three of her pieces, including her very first ring, are now in the Musée des Arts Décoratifs. They are instantly recognizable: the hallmark of the truly outstanding.