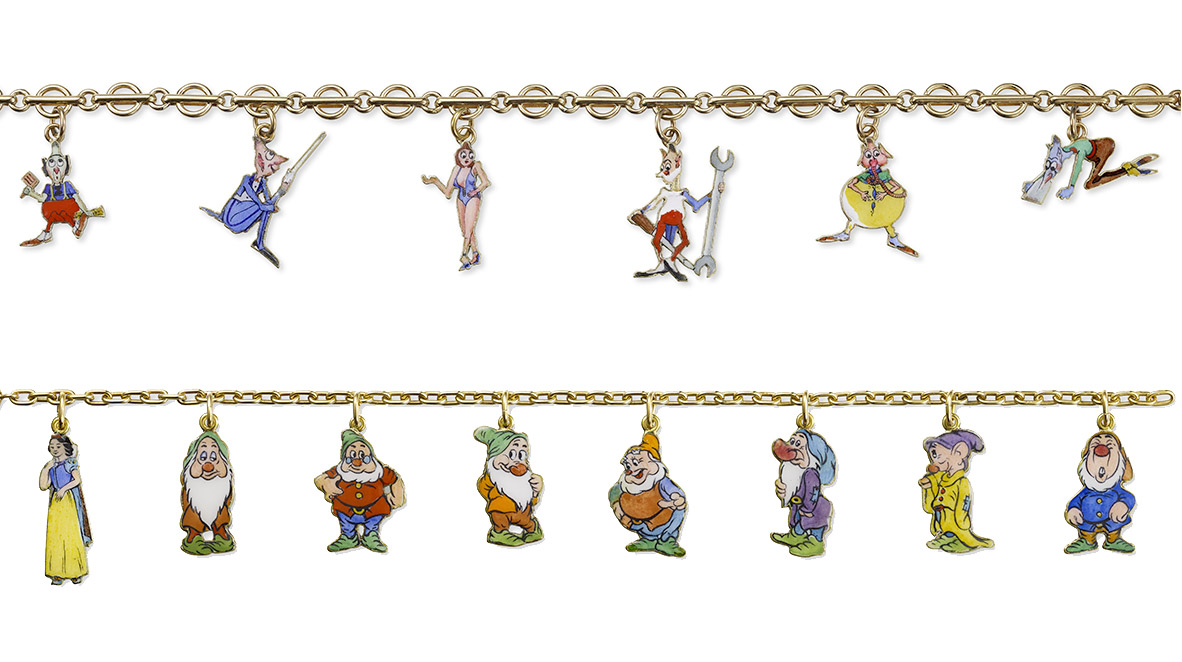 The exhibition, “Comic break: humor in the jewelry world”

A very timely exhibition, as laughter is said to have great health benefits! Among the jewelry, drawings and advertisements made by the company mainly from the 1910s to the 1970s, the first thing we notice are the animal clips. The most famous, a lion with a disheveled mane, is followed by the duck with a fishing rod on its shoulder or the three little ducklings in a row. The jeweler’s advertisements, dating from the beginning of the 20th century, are quite striking, such as the one showing a little boy on the Place Vendôme, plucking the hair of an elephant to make bracelets and rings. But why is there only one such contemporary piece, a brooch featuring a panda from the Lucky Animals collection launched in 2017.

The reflection of an era

Today, it seems that humor and mockery have absented themselves from the world of jewelry. The “Hello Kitty” collection made by Mikimoto dates back to 2014 Cartier’s panthers are all too docile. Boucheron has abandoned its Macarons or Animutants rings, hybrids guaranteed to raise a smile, for Art Deco inspirations. Meanwhile, Dior’s Victoire de Castellane, who brought humor back into fashion in the early 2000s, doesn’t seem to be having much fun anymore. David Gayral, known for his rings decorated with a bathtub or a car pulling a trailer, has vanished. In a nutshell, fun lovers now have to turn their attention to vintage!

In the vintage sector, the choice is endless, provided that you like animals, which totally dominate the humor scene. In the 40’s to 70’s, the animal world was predominantly represented by the cat with the long moustache and the dog whose features are exaggeratedly underlined: the body of the disproportionately long dachshund, the curls of the poodle represented by round pearls, the black eye of the facetious terrier, etc. Birds also figure among the favorites: the duck with its enlarged beak, and the owl with its immense wide eyes.

The only thing they lack is words!

In the United States, designers excel in this joyful bestiary which takes on human postures à la Walt Disney. In New York, Cartier imagined a bracelet adorned with a miniature Snow White and her 7 dwarfs in collaboration with the company. Raymond C. Yard presented a comical series of bunny brooches sipping a drink, playing golf or walking down the aisle in a wedding dress. At Tiffany & Co, Donald Claflin modernized the image with a farandole worthy of “Alice in Wonderland”: a walrus in evening clothes, a hilarious dragon with elephant ears, etc.

The multiple charms of humor

Another great source of humor are tinkling charms, which positively lend themselves to miniaturization. The exaggeratedly small, the XXS, the kawai works wonderfully. We love the pot-bellied imp bursting out of its box or the thermometer (a drawing) present in the Van Cleef & Arpels exhibition. On a 1942 bracelet, Cartier, the king of charms features gremlins, imaginary creatures accused of sabotaging RAF planes. Tiny versions of gold bullion, a hotel room door with the sign “Do not disturb”, playing cards, bottles, etc.. With the revival of charms, in the early 2000s, Louis Vuitton and Christian Dior also came up with some very amusing creations: a pair of scissors, a colorful bag, a typewriter, etc.

It may be rarer, but humor can also take the form of semantics and puns. In this field, it is impossible to compete with Line Vautrin. From the 50s to the 70s, her gilded bronze jewels bore coded messages, symbols to be deciphered, or rebus like the one she created to say “I love you in silence” (Je t’aime en silence) reproducing the phrase as follows: jeu (a bilboquet), T-aimant (T+magnet), 6 lances (6 spears). Endlessly entertaining. Often allegorical, as poetic as they are playful, her pieces now fetch record prices.

All these examples belong to the past: today there’s nothing to write home about. Because humor is ephemeral and changes with the times, whereas jewelry is supposed to transcend time. It’s also difficult to export: try translating humor into Chinese or Arabic! What is amusing in one civilization can also be shocking in another. Is this the reason why, in a globalized and unique market, humor has become a risk that jewelers are no longer prepared to take?

The “Skier” brooch by Sonia Rykiel

Jewelry that makes fun of jewelry