Home > Style > The return of the “serti dressé” 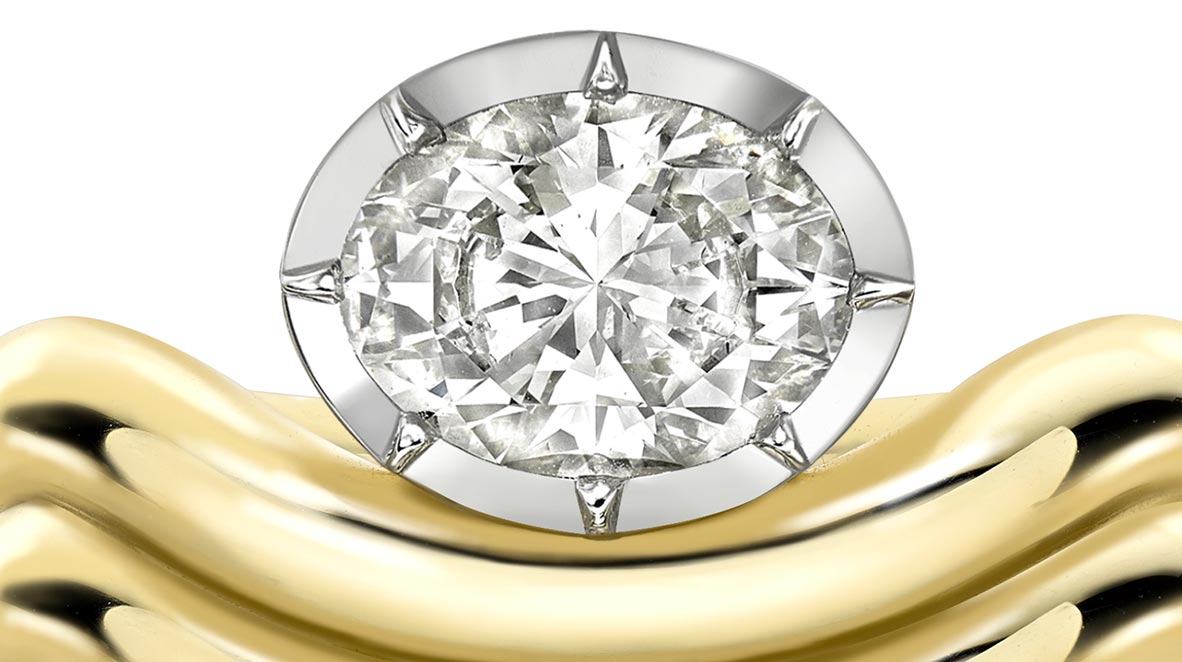 The “serti dressé” is back – after an almost total absence stretching back to the days of Marie-Antoinette!

In her new diamond collection presented last July in Paris, London-based designer Jessica McCormack gave pride of place to the oval cut, which she enhanced with a “serti dressé” that she calls Georgian cut-down setting. It is also called . The diamond is encircled in a blackened gold corolla, from which very high claws in yellow gold arise. Widely used in England during the Georgian period (1714 to 1830), it has now become her hallmark. “It makes the diamond more wearable, easier for everyday use,” she explains.

It’s a subject of fascination for jewelry expert Olivier Baroin, as this setting, which was also very common in France at the end of the 17th century and even at the beginning of the 18th century, had almost disappeared. “The technique consists of setting the diamond in a conical corolla rising up to the feuilletis, that is to say the edge between the crown (the top) and the breech (below),” he explains. “A few tall, straight claws (which is probably where the name comes from) stand out from a corolla at the base of the setting, coming down on the upper part of the stone.” In 1920, we find the term “serti dressé” in the sale catalog of Russian princess Lobanoff de Rostoff, written by none other than the expert Louis Cartier, who used it to describe one of the diamond rivers. The Marie-Antoinette bracelets sold in 2021 at Christie’s also feature this “serti dressé”.

What is the “serti dressé” used for?

Like all settings (claw, closed, etc.), the “serti dressé” was never a randome choice: it had a specific function. “Entirely made of silver, unlike today, its outline was used to rectify the irregular shape of a stone, the brilliance of the latter blending with the reflection of the corolla in bright polished silver. It was also often used for bezels mounted on a slide and threaded onto a ribbon tied at the back of the neck or on regional jewelry,” explains Olivier Baroin. Remember that the diamond as we know it, symmetrical and regular with a determined number of facets with perfect edges, dates only from the early 20th century.

Jessica McCormack isn’t the only designer to favor the Georgian cut-down setting (in French “serti dressé”). New York’s Siegelson and Hancocks London – two dealers in antique and vintage jewelry who also create contemporary pieces – are also enthusiasts. With its claws, this small dome, whether in gold or platinum, contributes to the esthetics of the jewel, endowing it with an incredible charm typical of the oldest pieces.