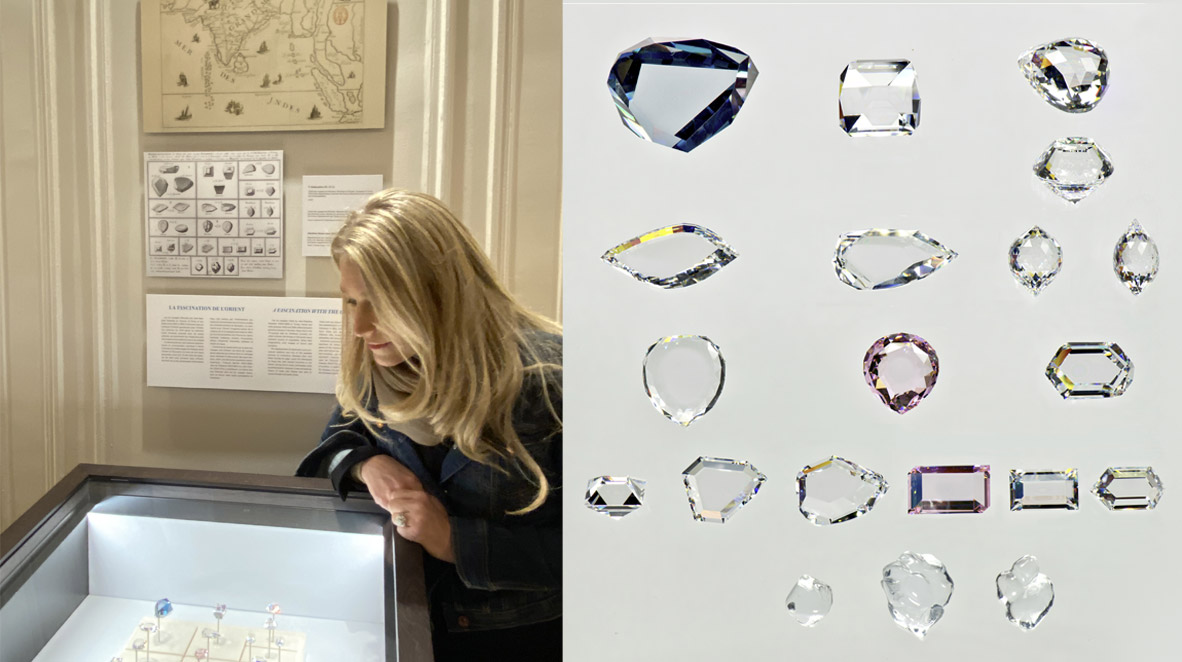 Marie Thevenon, the great horsewoman and French lifestyle queen, used to be the press and digital manager for a major jeweler. She was my guest on the course “The Diamond’s Magic: Symbols and Legends” at The School of Jewelry Arts. Her impressions.

Sandrine Merle. Diamond… You already knew a lot about it. What else did you discover during this course at The School of Jewelry Arts?

Marie Thevenon. I’d been on many training courses before but I realized that my knowledge was entirely technical: 4C, radiance, etc. I didn’t know, for example, that diamonds were seen as a remedy until I realized that they were also… a poison. Not to mention the fact that they were used to finance wars or negotiate peace! As for legendary diamonds like the Regent, I knew nothing about their adventures. Léonard Pouy and Isabelle Delahaye (the art historian and gemologist) took me on a 3D journey through history, time and space. Those two hours – an enchanting break from these gloomy times – sped by in a flash.

S.M. Which stories enchanted you most?

Marie Thevenon. I found all the stories simply fascinating – whether romantic, funny, diplomatic, or about kings and princesses, actresses, diamond dealers, swindlers or Hindu goddesses. For me, the most incredible one was about the Florentine! It was a pale yellow diamond said to have been first lost by Charles Le Téméraire at the Battle of Grandson. It then passed through the Holy See, into the Medici collection and then on to the kings of Saxony, where it was used in the crown. It finally disappeared in the 1920s and has never reappeared since. What an epic!

S.M. Did it make you want to learn even more?

Marie Thevenon. The course gives you a chance to admire replicas of famous diamonds as well as those brought back by Jean-Baptiste Tavernier for Louis XIV. In addition, I will also head over as fast as I can to the exhibition “Precious Stones” where the bezel made by Van Cleef & Arpels for Queen Nazli of Egypt is exhibited with 673 baguette- and brilliant-cut specimens. I especially want to tell all these fascinating stories to my daughters. My dream would be to share this kind of course with them!

The Diamond’s Magic: Symbols and Legends” at The School of Jewelry Arts

Vanessa Pinoncely at The School of Jewelry Arts

“Behind the scene at the Jean Vendome exhibition”, The School of Jewelry Arts