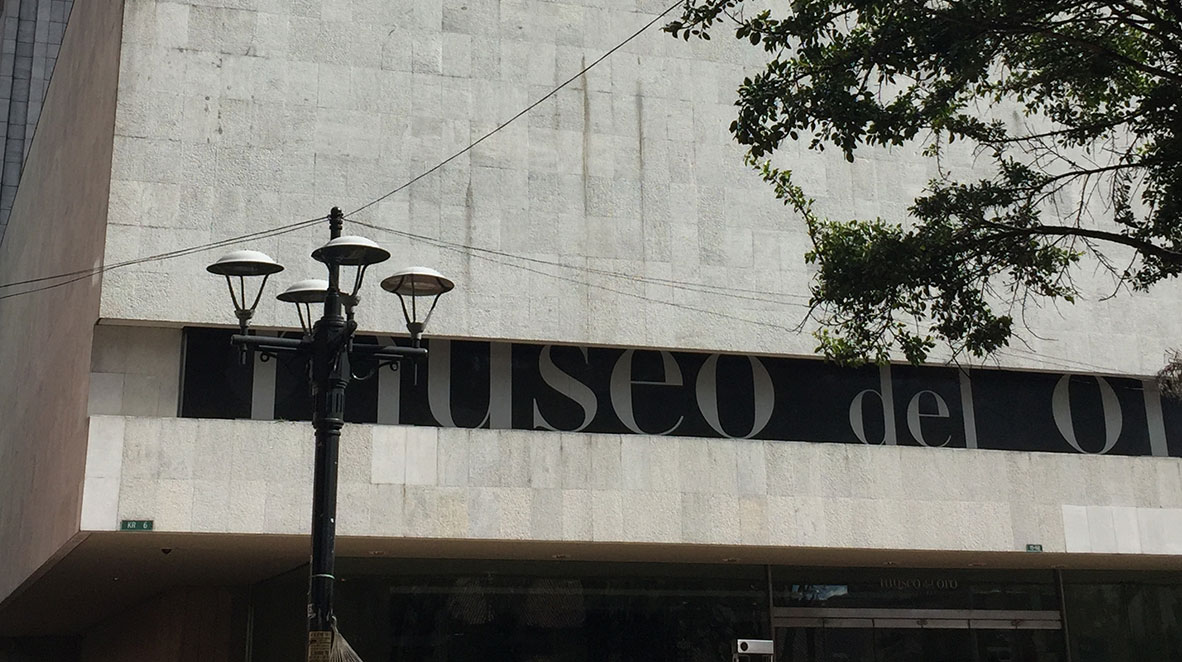 Colombia’s tainted reputation explains the Bogota Gold Museum’s lack of renown, but it does possess the largest pre-Hispanic gold work collection of the world.

The museum has 35,000 gold objects dating from 500 BC until the Spanish conquest, but only 5% are exhibited. Among the major pieces, a jaguar mask in hammered and folded gold foil, a large seashell, a warrior’s helmet or a pectoral-piece depicting a bird-man.

The museum has an entire room dedicated to its most outstanding gold piece measuring only 20 cm high and 10 cm wide. It represents a raft of bamboo or reeds, from which a Muisca leader surrounded by servants throws gold and emeralds into a Guatavitan lake. This ceremony gave rise to the myth of El Dorado, which aroused the Europeans’ thirst for gold and drove them in search of the lake, which really does exist in Colombia.

Muiscas, Tolimas, Calimas, Nariño, Quimbaya (who used the lost wax technique), Zinu or Tayronas: all Colombia’s indigenous communities are represented by body ornaments like rings, pectorals, nose ornaments , necklaces, pendants and loin covers. Created for the caciques and village chiefs, many were found in tombs or sarcophagi carved into tree trunks. Some communities thinking they were children of the sun, believed these objects ensured protection in the afterlife.

Throughout the rooms one finds the classic oppositions of sun / moon, masculinity / femininity and land / water. The motifs include abstract figures or animals, long-beaked birds, pelicans, fish, frogs, jaguars, cats, butterflies and bats called “black suns” by the Indians. The hybridizations are beautiful, like the one found in an aerodynamic sculpture of a fish and a bird. These Hispanic societies excelled in metamorphosis, the mixing of the human, the animal and the divine. Thus a man-jaguar attempts to appropriate the strength, flexibility and spirit of the animal by wearing a golden jaguar mask or its pelt, or by tattooing the face to resemble it, or by wearing long nails like its claws.

The anthropological dimension is inseparable from the aesthetic one, although it must be said, no piece is as sophisticated as the mask of Tutankhamen … The visitor had come for gold but left full of questions about Columbian societies without writing.