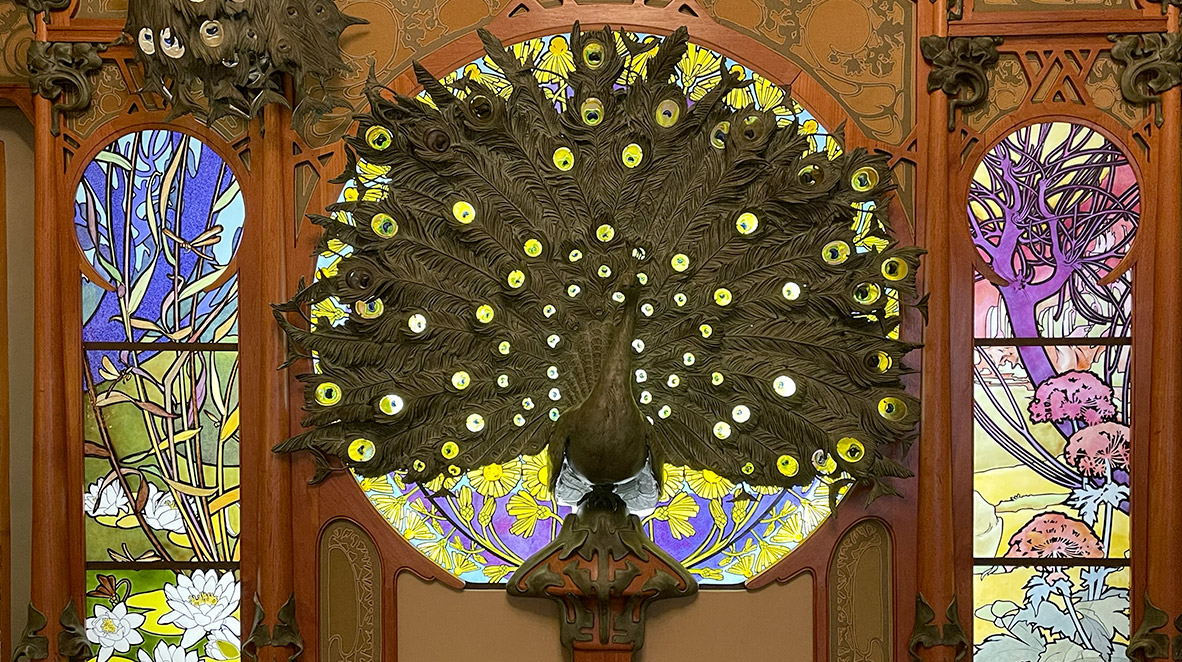 The Musée Carnavalet has reopened after renovation work lasting over four years. And the store designed by Alphons Mucha for the jeweler Georges Fouquet is really worth a look. Now reconstituted from original components, it is seen as an outstanding Art Nouveau manifesto.

Text and photos (excepted the archival drawings) by Sandrine Merle.

The collaboration between Georges Fouquet and Mucha, then the darling of Paris, came about through Sarah Bernhard. In 1899, she entered the jeweler’s shop with a design for a snake bracelet by the famous Czech artist. Captivated by his style, Fouquet asked him to create some jewelry for the 1900 Universal Exhibition – the first ever artist’s jewelry: a helmet with chains spilling out of it; a bodice ornament with shoulder pieces, and a bracelet linked to a ring. His pieces caused a sensation, though the critics were harsh, judging them “odd”, with “a weird richness”. This collaboration only lasted two years, but it modernized the style of the company (overseen till then by the father, Alphonse) and firmly established it as an international name.

Shored up by this success, Fouquet asked Mucha to design his new store at 6 Rue Royale, opposite Maxim’s. He wanted it to reflect the style of the jewelry and impress his wealthy clientele. In an unprecedented situation for an artist, Mucha designed everything from A to Z – door handles, windows and carpets along with the rest. He gave full rein to his talent, undaunted by excess or extravagance. Visitors were greeted by a wavy-haired, veil-draped bronze woman almost 3 meters high on the facade under ‘G. Fouquet’, holding jewelry in her hands.

The merging of the arts

The interior expresses the quintessential Art Nouveau style – admittedly, a little overwhelming. It feels like a capsule lined with wood, bronze and glass, sporting luxuriant vegetation with climbing plants and creepers, Byzantine gold, exotic Japanese influences and the sensuality of a woman with lowered gaze, involved with herself and her hair. At the back, behind the wooden counter, stand two magnificent sculpted peacocks, one spreading its tail in front of a backlit stained glass window. A magnificent antique-style mosaic and a shell-shaped fireplace have been reproduced identically to replace the originals, now lost.

By 1923, Art Nouveau was over. Georges Fouquet moved into his Art Deco period and had the store dismantled, though he kept various components and bequeathed them to the Musée des Arts Décoratifs between 1936 and 1953, with their preparatory drawings. They remained in the reserves for a long time before finally being reassembled, like a puzzle, at the Musée Carnavalet in 1989. You’d think you were actually there.