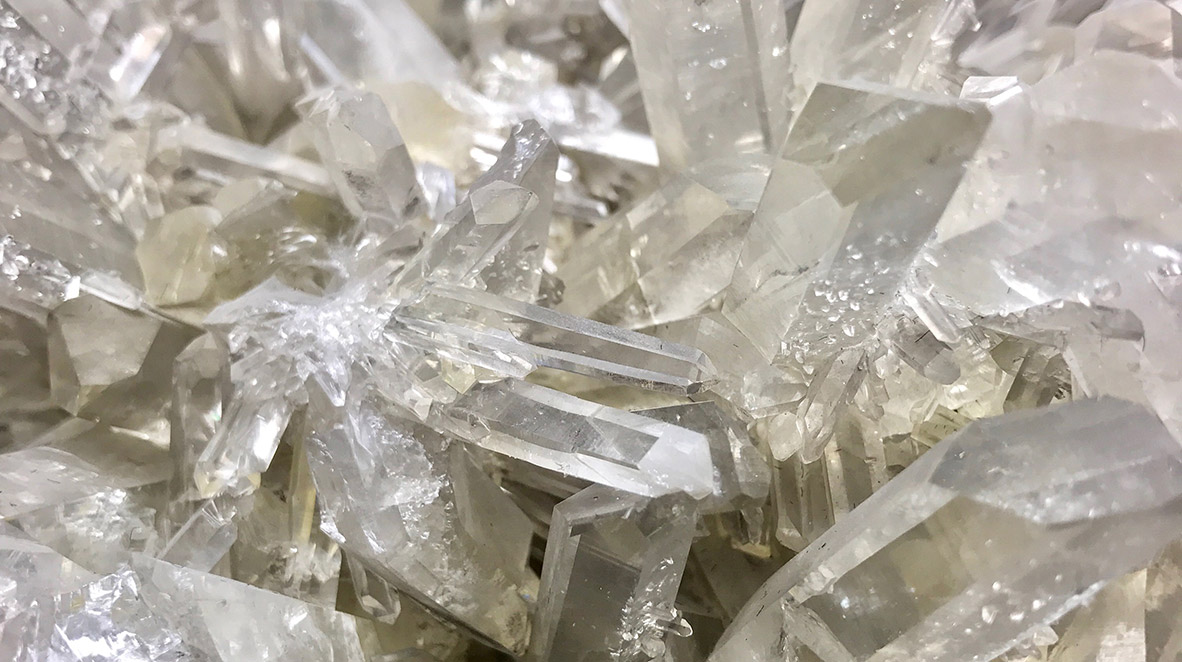 This collection, one of the most important in the world, remains largely unknown to the general public. Just like the place itself with its crazy charm in which the collection is housed.

To reach this museum covering a 1,000m2, you must first enter the École des Mines, then climb a large marble staircase to finally arrive in a superb row of rooms. Here, no spectacular scenography or virtual representations, the floor cracks under each step and the large and poorly insulated windows offer a wonderful view on the greenhouses of Luxembourg garden. As for minerals, they are arranged in Hungarian oak cabinets like curiosity cabinets. And nothing or almost nothing has changed since 1850.

The ‘systematic collection’ of minerals

It has been put together by the professors and engineering students of the École des Mines since its creation in 1783. They have collected samples and inventoried each mineral resource in France and the world over. Today, there are 100,000 pieces, all meticulously organized by family, chemical composition, and according to international systematic classification. Some specimens are exceptional, like the two azurites, the peridot crystal and the brazilianite. Due to a lack of resources and space, only 45,000 are exhibited and the reserves count such wonders as the minerals from the Napoleonic campaigns of Egypt.

This collection started more than 200 years ago, serves no true educational purpose and is detached from the École des Mines. On the other hand, it’s now more than ever useful for researchers: by taking samples of these examples whose exact origin is known, they try, for example, to locate “rare earths” or minerals that are essential to new technologies. This avoids long, costly and unnecessary extractions, causing pollution and conflicts. To better understand the geopolitical, economic and environmental issues surrounding these minerals, the conservator, Didier Nectoux launches his slogan as simple as it’s effective: “No tantalite, no SMS”.

Last year the museum garnered some fame with three new showcases devoted to the Crown Jewels. These perfectly polished and faceted gems dazzle alongside the crystals of collection. They speak of history, crowned heads, burglaries and love. 42 emeralds from Muzo, once having adorned Napoleon III’s crown, rub shoulders with amethysts from the Empress Marie-Louise’s jewels (made by Nitot, the ancestor of Chaumet). The pink topaz, bought by Napoleon Ist to create the “Rubis of Brazil” for the Empress Marie-Louise, are also seen here. These wonders have lain dormant in the museum’s reserves until last year, and have doubled the number of entries which have reached 20,000 in 2016.

Contrary to appearances, this Parisian museum with its antiquated charm fits more than any other, in the future.