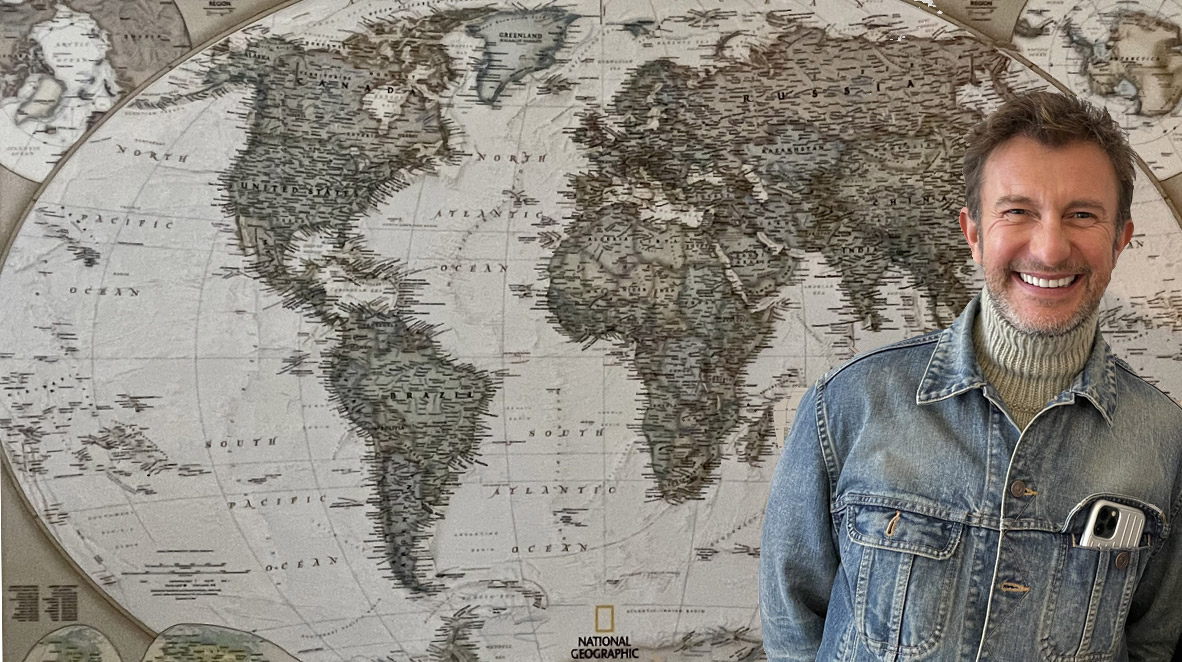 How about “Around the World in Jewelry”? This highly original journey is a course at The School of Jewelry Arts, to which I invited jewelry designer and architect Marc Deloche. Here are his impressions.

Africa, Asia, Oceania, America and Europe: here we are guided through a fascinating “Around the World in Jewelry” by gemmologist Marie-Laure Cassius and art historian Cécile Lugand. The impassioned duo offers a cross-disciplinary view of materials, skills and styles. So, let’s go!

Sandrine Merle. This “Around the World in Jewelry” starts in Africa and more precisely Egypt, where silver was rarer than gold in the time of the pharaohs. And in fact, silver is your own favorite metal!

Marc Deloche. Yes, that’s a funny coincidence! I have a real affinity with this grey metal, which is very noble, long-lasting and far more subtle than gold. I began working with it twenty years ago, because I had the opportunity to see a lot of silver jewelry during a trip to Mexico. I also used it for economic reasons, as it’s cheaper than gold.

S.M. What did you learn during this course?

Marc Deloche. I discovered kundan, the Indian stone setting technique. Still widely used today, it began to spread in the 16th century, with the Mughal emperors. I like this alternative way of setting gems, without the metal claws used in the West. In India, craftsmen use extremely fine pure gold leaves, which they amalgamate and fold around the stone with a fine chisel. And it’s done at room temperature, without soldering! The result is stunning, as we saw with an 18th century dagger handle, carved in white nephrite jade then inlaid with rubies.

S.M. Did this course inspire you for future creations?

Marc Deloche. It made me want to explore more ethnic elements, like the pig’s tooth form, which is highly popular in Vanuatu jewelry. I like its very contemporary helical movement. But what probably intrigued me most in this world tour was when Marie-Laure and Cécile talked about the relative nature of preciousness in different cultures. Each one has a different take on what is valuable: diamonds in the West; kingfisher feathers in China and eagle feathers in the North American plains; glass beads in Africa; lacquer in Japan; shells in Papua New Guinea, and so on. This totally reflects my conception of jewelry.

S.M. You emphasize the importance of jewelry culture a great deal.

Marc Deloche. This culture is associated with handwork, art and craftsmanship. Both professionals and a less initiated public need to understand that creating certain objects requires time and expertise. So it’s crucial to spread the word, as the School of Jewelry Arts is doing through its courses, talks, library and exhibitions.

Banner image: Marc Deloche at the School of Jewelry Arts

“A Golden Heritage”, journey into the jewelry of Peru
A travel around the Al Thani collection