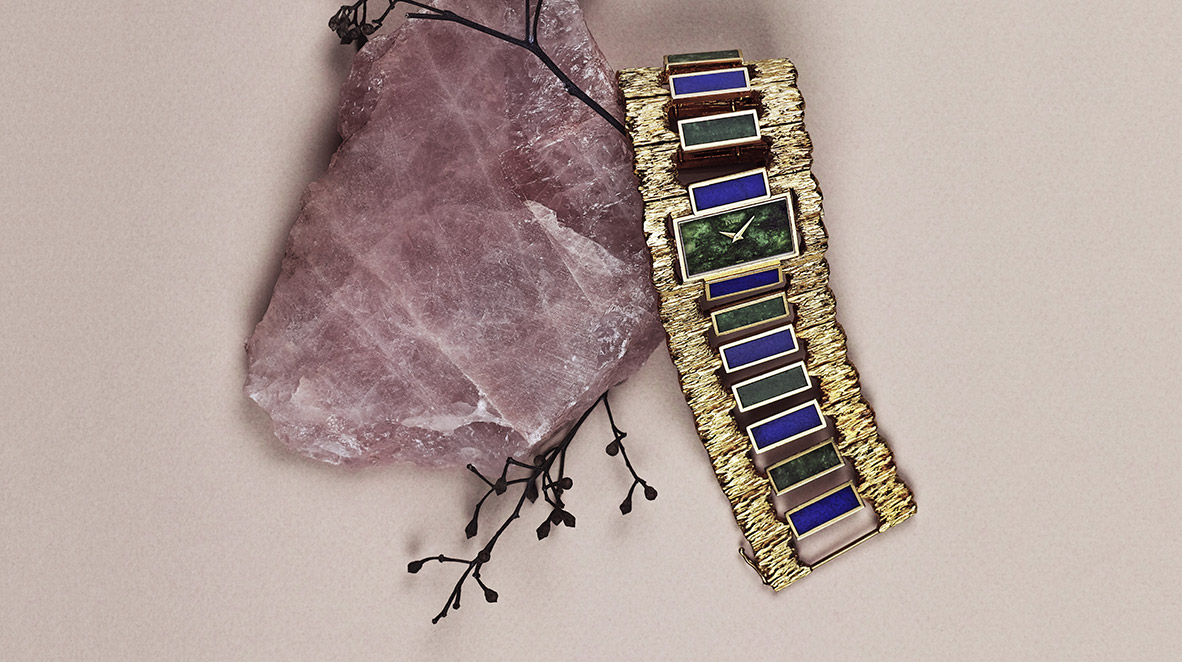 It is with great pleasure that we present the editorial for this Artcurial catalogue, which pays tribute to the vintage watches gathered for this exceptional auction at the Monaco Yacht Club on 18 January 2017.

We all know of men’s passion for watches. Most collectors, like watchmakers, are men. But paradoxically, women’s watches are the most creative. To pay them the tribute they deserve, Marie Sanna-Legrand, director of Artcurial’s collection watchmaking department, came up with the idea that “Time is feminine” – a first in the world of watch auctions.

Women’s watches are not paragons of mindboggling sophistication. They do not boast complications for complications’ sake: tourbillons, perpetual calendars and moon phases are rarely featured. Displays of power through mechanics or technique are few and far between. Neither is there an obsession with dial diameter, metal weight and performance. But less is more … Unshackled from such utilitarian ends, women’s watches are not locked in combat with time. Rather they devote their energies to the enchantment of appearance and transform themselves into tiny boxes of happiness.

Let’s take the most creative, the craziest, the most emblematic, the most beautifully represented period in this sale: the years 1960-1970. At Bulgari, the dial becomes the head of a snake wrapped around its wrist. The case is hidden in a sapphire pendant worn as a necklace by Patek Philippe, the male brand par excellence. Piaget is the master in this matter … Gold is transformed into ribbon, braid, mesh. The cuffs juxtapose nephritis, lapis lazuli, malachite, diamond, and tiger’s eye. On these gems, the chromatic explosions are so beautiful that they seem capable of stopping time in its tracks.

Of course it’s true that women sometimes prefer watches originally intended for men. Some are miniaturized and paved with diamonds. They also form part of the exceptional selection of Marie Sanna-Legrand. It’s time to enjoy this femininity in all its majesty.