Home > Business > Jewelry at the price of gold 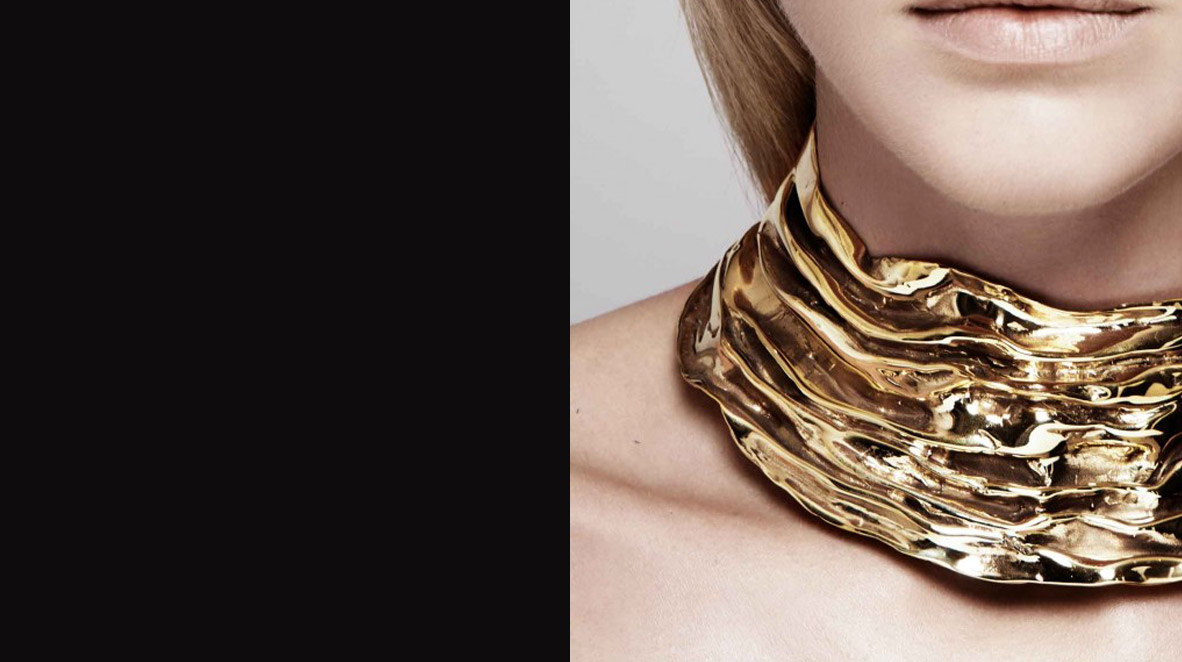 The price of gold has an impact not only on French jewelry consumption (in terms of numbers) but also on creativity itself.

The price of gold varies according to global economic ups and downs. In periods of economic growth, it stagnates or even decreases. On the other hand, during periods of high inflation, terrorist attacks, stock market crashes or epidemics, it rises. Central and European banks then buy it as reserves. On the other hand, the bulk of gold consumption (i.e. not bought as a reserve but used) is linked to jewelry.

When the price of gold falls…

In 1981, the price of gold plummeted and then remained in a slightly bearish trend until 2001. The volume of sales in France was tripled thanks to new players entering the market, such as Édouard Leclerc, who created the Manège à Bijoux. In 1986, this concept was revolutionary because until then, it was unthinkable to buy a piece of jewelry in a hypermarket. Just ten years later, with prices ranging from 50 to 2,500 francs, the Manège à Bijoux became the leading jewelry company in France.

This rise in the price of gold forced brands and designers to find solutions to avoid exploding jewelry prices. They therefore relied on the added value linked to the goldsmith’s know-how, as the cost of labor had stayed steady: they lightened jewelry by 20% by transforming gold into lace, links or even wire structures. The craftsman’s work, equivalent to hundreds of hours, could amount to 50 to 70% of the price of the piece. Brands and designers also compensated with stones. “These alternatives have been salutary, otherwise the 20% drop in sales would have been even more brutal,” explains Hubert Lapipe of the Panel5 company.

In 2006, the gold ounce was on the rise again: whereas it had barely reached $450 at the end of 2005, the yellow metal now soared to over $700 on the New York Stock Exchange. It was no longer possible for jewelers to make money on the weight of gold, which sometimes constituted only 5% of each piece! And yet traditional brands and jewelers were not yet ready to use 9 carats which, according to them, desecrated the yellow metal. Unlike Great Britain and the United States, France despises this gold, which contains a lower proportion of yellow metal (35g against 75g for 18 carats). This led to a further 30% drop in sales and the emergence of silver and costume jewelry.

The advent of the 9 carat

Between 2000 and today, the price of gold has increased fivefold. Gold jewelry (such as wedding rings and medals) has become a luxury because the material accounts for 80-90% of its price. As consumers prefer to buy them from recognized brands (Cartier, Van Cleef or Boucheron), individual designers were penalized. In addition, their cash flow did not allow them to invest in huge quantities of this precious metal. They then innovated by using the 9 carats, which allows for affordable prices. They also rushed into other alternative materials such as vermeil (gold-plated silver) or gold-plated bronze, steel, brass (57% of sales of gold models in 2017, compared to 43% for 18-carat gold).

Gold creations at less than 1,000 euros

Today, thanks to this creativity, there is an infinite choice of gold jewelry at different price levels. From pure gold (22 or 24 carats the ultimate) at Marie-Hélène de Taillac to gilt bronze with fine gold at Dear Charlotte (130 euros per cuff) and 18-carat gold the most used. There is also gold-plated bronze at Annelise Michelson where prices range from 375 euros to 1,750 euros for a spectacular choker, and vermeil at Charlotte Chesnais with sculpted earrings at 750 euros, rings at 500€. At Pascale Monvoisin, a pioneer enjoying phenomenal success, the 9 carats is king with a plethora of jewelry that never exceeds 1,000 euros.

It’s a good thing this diversity exists because for the last year the price has increased by another 30%… It remains to be seen how the coronavirus crisis is going to reshuffle the pack.

France’s timepiece and jewelry market in 2019

The skyrocketing price of gold