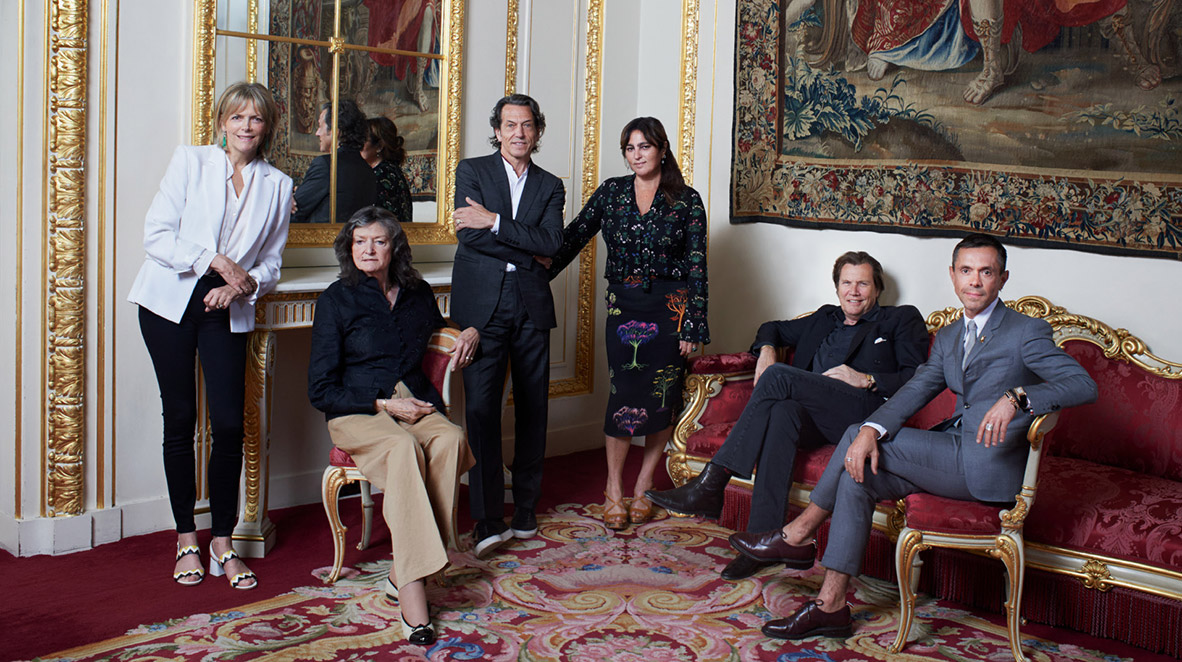 Promoting history, the present and the future of British jewelry: this is the goal of the first Leopards Awards, to be launched on November 15th at a gala dinner at Goldsmiths’ Hall, the former headquarters of the goldsmiths’ guild. Four awards including Best Jewellery Moment in a film, Jewellery Icon and Best Jewellery Wearer of the Year will be presented. The money raised during this dinner will go to the Prince’s Trust foundation to finance the jewelry training of young people from underprivileged backgrounds.

Four London jewelry designers are behind the event: Solange Azagury-Partridge, Shaun Leane, Theo Fennell, Stephen Webster and Susan Farmer, high priestess of public relations. Carol Woolton represents Vogue, the partner magazine and is in charge of this sector. For Solange Azagury-Partridge, the idea is “to have fun and celebrate jewelry by associating it with the idea of glamor because the existing prices are more oriented towards professionals and business (B to B) than to the general public, that is to say the consumer (C). Whereas jewelry is omnipresent on red carpets, in fashion, cinema and advertising”.

Except for Garrard’s, Britain does not have age-old houses that excel in fine jewelry, ones that create unique pieces at several hundreds of thousands of euros. On the other hand, London is the incredible breeding ground of independent designers offering more accessible and creative jewelry that’s influenced by fashion. It is no coincidence that the four founders of the Leopards, Stephen Webster, Solange Azagury-Partridge, Theo Fennell and Shaun Leane, who worked with Alexander McQueen, are the emblems. Jasmine Alexander, Jessica McCormack, Hannah Martin, Alice Cicolini, Jacqueline Cullen, Philippa Holland, Ornella Iannuzzi and Polly Wales are among the many other names.

This ceremony of the Leopards Awards hopes to focus attention on this pool of independent designers struggling to exist internationally. In this, it extends Stephen Webster’s initiative started a few months ago, Rock Vault, which allows some designers to present their collections at strategic events. The Leopards Awards ceremony also tends to position these independent designers as leaders of ultra-creativity and alternative luxury. It is inspired by fashion and fashion week in London, thanks to designers like Erdem, Mary Katrantzou and Christopher Kane, some of the most avant-garde in the world.

“We don’t close the door to big international houses or designers from other countries,” adds Solange Azagury-Partridge. As the ambition is to make these awards the Oscars of jewelry, and to have a gala dinner as prized as the Met Ball, a worldwide advertiser for the fashion industry. But the risk is that it becomes, like the latter, caught up and spoiled by investors of all kinds and so loses its authenticity. As a philanthropist, the Met Ball has become one of the most marketed and sponsored events, to the point of being dubbed “the ATM of the Met”.