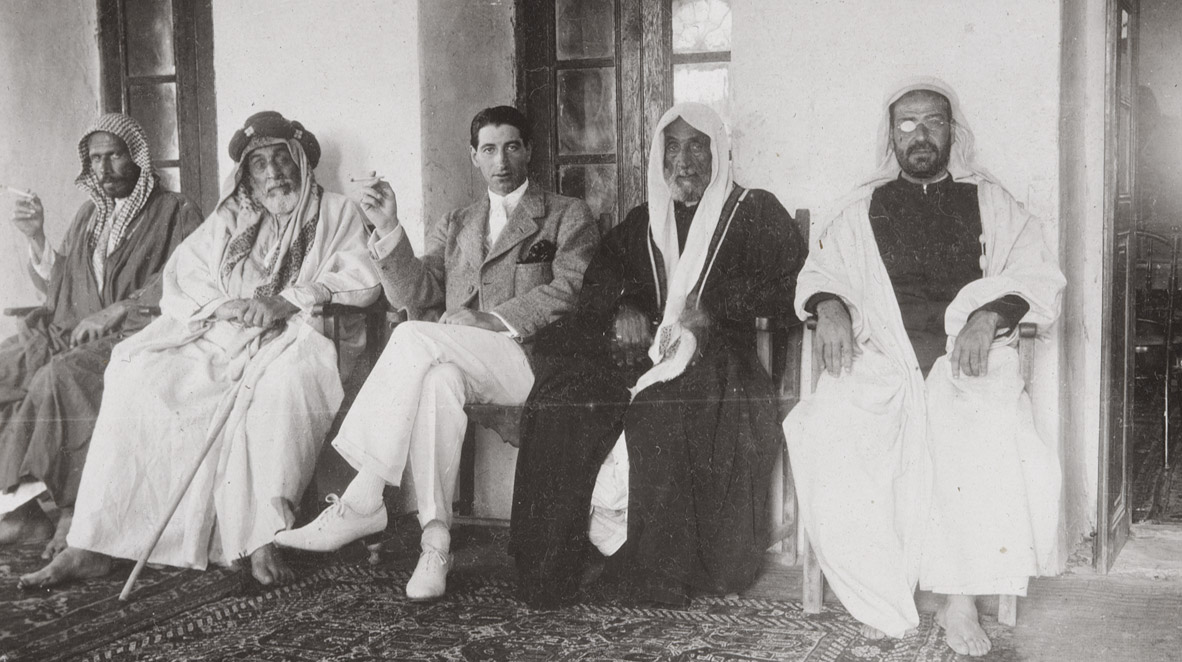 Nowadays, few remember that Paris was a major marketplace for fine pearls in the early 20th century. After eighteen months’ research, The School of Jewelry Arts has reconstructed this extraordinary trading epic.

Books, articles, museums and exhibitions on pearls showed me how enormously fine pearls fascinated people and triggered passions – as much as or even more than diamonds. Yet I never found accurate information about the trade. Who were the main dealers? How, at one point, did Paris become the trading hub? And why did the trade disappear? Today, The School of Jewelry Arts can finally fill in these gaps thanks to eighteen months’ research by Léonard Pouy, a PhD in Art History. With Olivier Segura, he unveiled the riveting results at the new autumn season’s “Evening Conversation“.

During the talk, Léonard Pouy painted a picture of the fine pearl trade, which flourished until the 1920s. Naturally formed in oysters, pearls were mainly found in the Persian Gulf (from the west coast of present-day Oman to the Bahrain archipelago and Kuwait). At the height of this trade in the late 19th and early 20th centuries, this region dominated the market with exports representing $4 million out of a global total of $5.9 million (see “The Book of the Pearl”). Most of the population were involved. 5,000 dhows belonging to powerful families would set off for the whole summer to comb meticulously-mapped oyster beds. African “slave fishers” fed solely on rice and dates were made to dive with no breathing apparatus in waters infested by sharks and jellyfish. This trade was dominated for a long time by the British, who sought at all costs to protect themselves from pirates and maintain the peace in what were then known as the Trucial States.

Fine pearls were sent to India for sorting before being exported all over the world. The Europeans often ended up with the “leftovers”… Several French companies attempted to appropriate this market, but in vain, until an economic crisis hit Britain in 1906. “The general public are unaware of Léonard Rosenthal, but if there is one name to remember in this saga, it’s his,” says Léonard Pouy. This trader-adventurer made the most of the situation: he transported sacks of centimes by donkey to impress the pearl fishers, and succeeded in taking over the market. He then routed the fine pearl cargoes to the dealers in Rue Lafayette, ideally located in the extension of Rue de la Paix. Paris then became the world center for the trade, with no fewer than 300 dealers between numbers 1 and 100 between the World Wars. Olivier Segura met Léonard Rosenthal’s grandson, who told him that “my grandfather employed 100 pearl stringers, who produced 100 necklaces a day.”

“Pearls have always been rare,” said Olivier Segura. “You needed to open a hundred oysters to find just one, and only one in a hundred pearls would be of gem quality, i.e. worthy to be set in jewelry.” At certain periods, pearls could be worth more than diamonds. In the Renaissance, jewelers liked baroque (irregularly shaped) pearls, as did René Lalique during the Art Nouveau period. In 1917, Cartier exchanged a necklace of 128 fine pearls for a building in New York, in which the company still operates. But no craze could compare with the tidal wave of the Art Deco years. Now reveling in their emancipation, woman played with long necklaces made of tiny pearls, rolling them around their wrists, intertwining them around their bodies, slinging them over their shoulders and wearing them on their foreheads. In the evenings, they went out with vanity cases also covered with small pearls.

The former Trucial States felt that fine pearls disappeared because of the Japanese entrepreneur Mikimoto’s invention of 1899. By introducing a nucleus into the oyster, around which it secreted mother of pearl, he succeeded in obtaining perfectly round pearls, often much larger than natural ones. When Mikimoto presented this cultured pearl at the 1925 Universal Exhibition, dealers became seriously worried. Unable to tell the difference, they demanded the creation of scientific organizations, which resulted in the Laboratoire Français de Gemmologie and the Gemological Institute of America. From then on, pearls were carefully described as “natural” to avoid any ambiguity. But Léonard Pouy told us that “the 1929 crash and years of intensive fishing also contributed to the disappearance of fine pearls.”

Léonard Pouy continued, “today, the Gulf States are taking a fresh interest in their cultural heritage. In Dubai, the Arab nameluliwa is seen on the fronts of numerous stores. Photos of fishers cover the subway walls. In Sharjah, a dealer’s house has been turned into a museum.” Some of the major families dominating this market (like the Al Fardans and Mattars) had turned to oil and financial services during the Sixties, but never completely abandoned the pearl trade, and are now seeking to develop this know-how. For instance, during the last Biennale de Paris, the Mattars presented a number of pieces, including a necklace with seven rows of 749 recently fished, perfectly matched fine pearls. “This nostalgia is probably due to the fact that oil supplies are beginning to fall off,” concludes Léonard Pouy. Totally fascinating.

To go further, « The History of Pearl Merchants » (by The School of Jewelry Arts), €20

Léonard Pouy, PhD in Art History and lecturer/researcher at The School of Jewelry Arts