Home > Business > The hallmark in question 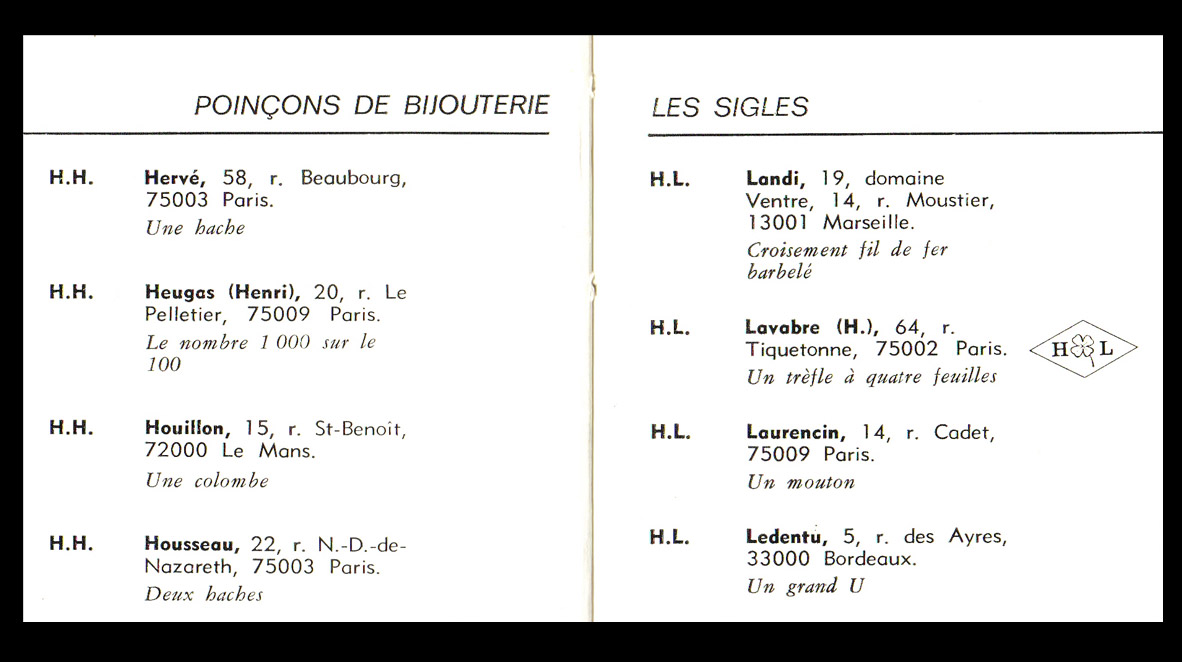 The minuscule hallmark, which nobody much bothers about, looks set to be abolished. But this is a disaster.

This hallmark, in the form of a vertical or horizontal lozenge featuring the workshop’s initials and its own particular symbol, is a specifically French feature not to be confused with the brand signature or the mandatory assay mark indicating the type of metal.

“This is the signature of the workshop that made the jewelry, and it guarantees traceability,” says Violaine d’Astorg, head of the Christie’s Paris jewelry department. There is now a move to make it optional in the context of the PACTE act (action plan for the growth and transformation of companies), ostensibly to slim down administrative formalities. But this administrative and accounting approach ignores the role and significance of this tiny stamp.

The hallmark tells us which workshop made the jewelry, and is the guarantor of a French excellence that goes back to the Renaissance: a period when the whole of Europe was already coming to Paris to have jewelry made. Under Louis XIV, whose extravagant commissions included magnificent crown jewels, craftsmen became experts in the art of stone-setting. By the 1930s, their reputation was at its apogee. Sought out by maharajahs and American heiresses, craftsmen developed new cuts for stones, discovered grey gold and platinum and invented the Mystery setting: a truly incredible technique that completely conceals the mount, so that the stones are seemingly held on by magic.

The hallmark stamped on the edge of a bracelet or inside a ring is one of the key indications for experts, together with the order book and sometimes the box. “It makes it possible to trace, as Sherlock Holmes would have done, the origin of a piece of jewelry,” explains one of them. Which explains why they are so shrouded in secrecy. They know that the Cristofol and Davière workshops officiated for Boivin, and that the Veuve Renaud workshop worked for Cartier between 1920 and 1925. “The hallmarks of the various Dardé workshops provide incontrovertible evidence for identifying Suzanne Belperron’s jewelry, which she never signed,” says Olivier Baroin. If there is no hallmark, it’s far more complicated… “Mellerio probably made the magnificent cameo bracelet belonging to Marie-Antoinette,” says the jeweler. “But there is a doubt, simply because the hallmark gradually wore away.”

Hallmarks can enormously affect the value of a piece of jewelry. Not only do the design, the gold and the stones come into play; there is also the workshop’s “house style”: its own particular way of chasing, enameling or making a setting. On a chain bracelet by Hermès, the Georges Lenfant hallmark is the nec plus ultra for collectors. This French workshop is one of the most highly-regarded in the world. It could enhance a design with an exquisitely delicate setting, restore the fluidity of a necklace or develop an invisible clasp. It was above all a top chain specialist.

Originally, the hallmark had no aesthetic, marketing or commercial function; today it guarantees that an item has been Made in France: a huge competitive advantage. The loss of the hallmark sounds the death knell for French workshops and France’s excellence. “It’s a disaster for professionals and buyers alike,” warns Violaine d’Astorg. No hallmark means no traceability, leaving the way open to counterfeiting. Brands will also be tempted to relocate to countries where labor is cheaper and of lower quality.

So, with or without legislation, Paris workshops should continue to affix their hallmarks. It’s a question of survival.