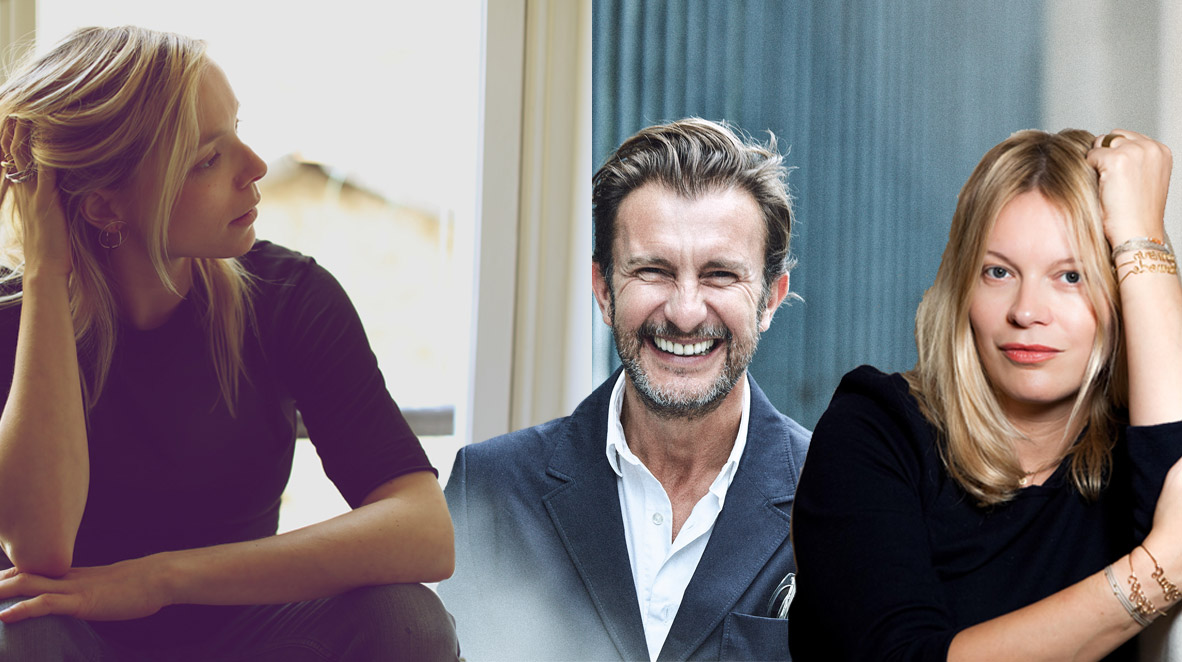 In my view, some French designers seem to have everything it takes to survive the current turmoil – and not just because their exquisite jewelry is affordable. Here are three of them.

Charlotte Chesnais: style and a network

What a triumph! There is hardly a single department store that doesn’t carry Charlotte Chesnais‘ jewelry, thanks to her solid network. She first worked with Vincent Daré before joining Nicolas Ghesquière’s studio at Balenciaga. Now every girl from 7 to 77 dreams of her ergonomic pieces formed by circles, ovals, curves and straight lines, which cross each other, fit together, wrap around the wrist or pass over the hand, sometimes becoming a ring. She was the first to establish these new ways of wearing jewelry previously touched on by avant-garde designers: a feat that anchors her firmly in the jewelry world, as Marie-Hélène de Taillac’s prowess with colored stones did before her.

Marc Deloche (also an architect) distributes his highly graphic, often genderless silver jewelry solely in his own stores. Slowly but surely… The first, set up in his hometown, Toulouse, in 2000 was followed by another in Brussels and then one in Paris, barely a year ago. Today he produces most of his pieces in a workshop close to his home, and the rest are subcontracted in France. “This way of working, which I have used for over 20 years, means that my jewelry has more limited visibility, but also has certain advantages,” says the designer. While department stores are having serious difficulties, there are no problems with orders and stock. During lockdowns, he can even roll up his sleeves in his workshops to deal with orders placed with his e-shop. As his output is 100% French, it can also start up again very quickly. An excellent way of managing those stops and starts…

In 2015, Anne-Sophie Baillet launched Atelier Paulin with jewelry made of precious metal wire in the form of letters, numbers, symbols, etc. Her brilliant idea lies in the organization of her brand. Her jewelry, which can be customized, has always been made by artisans in their own homes: an approach that enabled her to continue producing during the first lockdown. In department stores like Le Bon Marché and Merci, a craftsman makes jewelry in front of customers on a workbench. As well as the human aspect there is a concern for sustainable development, as workbenches can be easily moved, added to or taken away, unlike physically constructed corner stores. Fostering flexibility and responsiveness, it also echoes the flex office, which involves no official office at the workplace.

The best of luck to everyone!

France timepiece’s and jewelry market in 2019

“It’s time to change” by the MAD Network Consulting agency