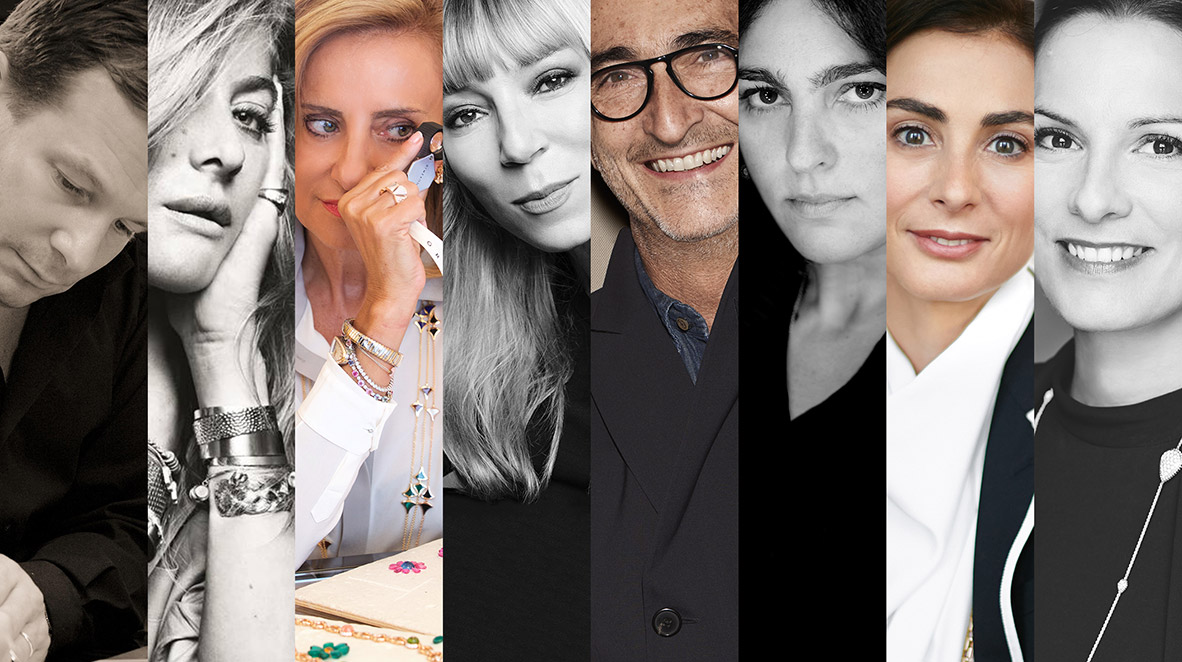 Aurélie Bidermann, has just been appointed artistic director of Poiray’s. This announcement further confirms this phenomenon coming from fashion.

Once when this job didn’t exist …

It’s difficult to imagine but until the 1990s, jewelers had no in-house creators, they gathered up designs from nameless designers working in their workshops. Then Mr. Arpels, Mr. Boucheron or Mr. Chaumet would modify them, changing a stone or a proportion here and there. When the big international groups like LVMH, Richemont and the Gucci Group bought up these houses, they integrated creative departments much like fashion has. In 1999 to launch the jewelry department of Christian Dior, LVMH went so far as applying an already tried and tested formula: to highlight the brand’s star designer and leading figure, Victoire de Castellane.

The big names in jewelry

Since then, experiments have multiplied. Louis Vuitton launched its jewelry under the leadership of Marc Jacobs, before naming Lorenz Bäumer, who up and left after only a few collections. Lucia Silvestri today designs the collections of Bulgari, and Pierre Hardy those of Hermès, in addition to the shoes. At Boucheron, Claire Choisne followed Solange Azagury-Partridge who finally chose to focus on her own brand in London.

The artistic director has a tough challenge: to reconcile opposites, by following the tradition of the house, respecting its DNA and its story while responding to its demands for something new and of the moment. Just like in fashion, the artistic director must come up with collections at a great rate, somewhat along the lines of coming up with the “it” bag. In professional jargon, it is called a “bread and butter” line. Depending on the house, the artistic director may also embody the brand for press coverage in say, India or Sri Lanka to promote the exceptional stones the house has chosen, to meet customers and then in the evenings, to feature alongside the trendy and fashionable to occupy a spot on the social network. Although it’s sometimes less idyllic than one could imagine …

Some artistic directors have hit upon it. Castellane’s victory with her “Mimioui “has created quite a phenomenon, with its fine chain adorned with a micro-diamond that has become the neo engagement-ring, and also with her wedding ring representing a stem rose. At Boucheron, Solange Azagury-Partridge came up with the “Quatre” ring, composed of four rings in different colors of textured gold. Its success has been such that many attest to having been present in her office at the time of its conception. The latest success hit is Francesca Amfitheatrof’s collection for Tiffany & Co. where she’s put together a “T” design that’s rolled out in an infinite number of variations.

To each its own formula

For sometime now, Boucheron has been in two minds whether to showcase Claire Choisne or not. Chanel, Cartier and Van Cleef & Arpels have always claimed that they’ve a team of in house designers. For Nicolas Bos, president and creative director of Van Cleef & Arpels, “a jewelry piece is not created by a single person, it requires a process and the vast knowledge and experience of the technical department to purchase the stones, of the lapidaries, engravers and of the setters who all work together under the leadership of a workshop manager.” For the moment, jewelry has avoided the excessive and hysterical artistic-director personalities who tend to eclipse the house: the likes of a John Galliano, a Karl Lagerfeld or a Riccardo Tisci. This sheltered world centered on a jewelry piece as an investment that’s made available at an astronomical price seems a tad more reasonable than fashion’s.