Home > Jewelers routes > “The Earth’s treasures” at the Mineralogy Gallery 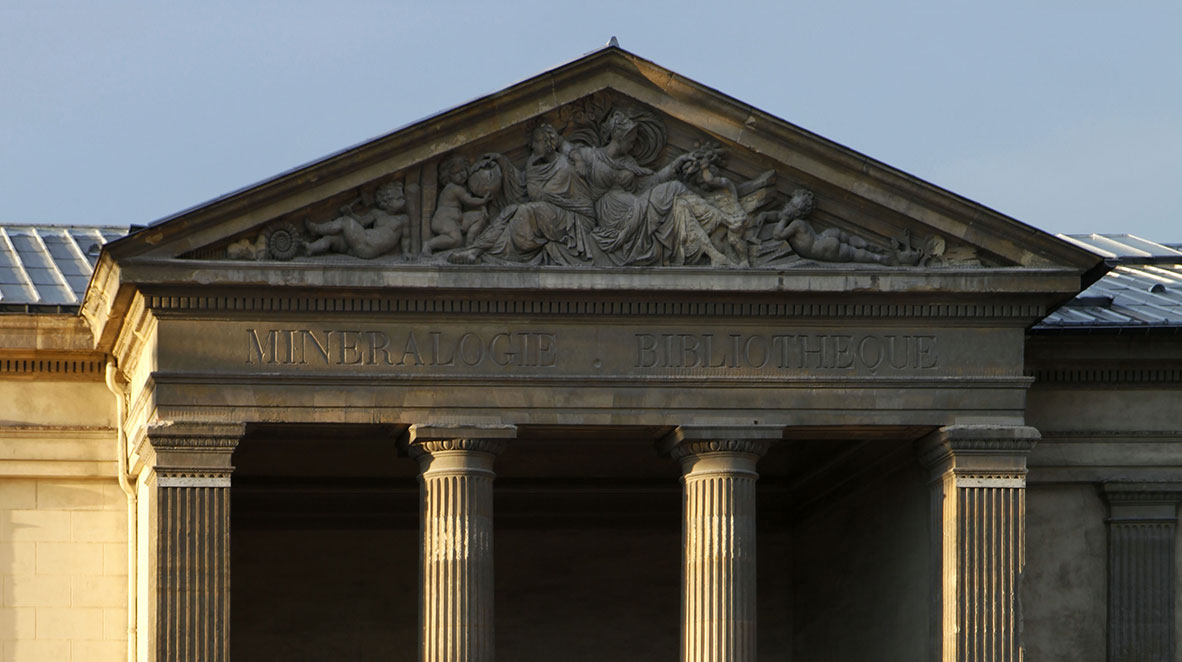 Partially reopened, the Mineralogy Gallery in Paris offers a dreamlike stroll through specimens of incredible beauty.

The collection of the Museum d’Histoire Naturelle is one of the largest in the world and is the fruit of three centuries of acquisitions and of royal or anonymous donations. It numbers 460,000 stones, minerals and crystals of which 600 are presented here.

It begins with a forest of giant crystals evoking the bowels of the earth where they were born billions of years ago… Here and there amethysts and rock crystal, where the gaze loses itself in the whim of inclusions, these defects appearing as strange fractures, veils and cloud-like forms. In the showcases, staurolites, phantom quartz, labradorites and dioptases formed by chance meetings orchestrated by nature, are akin to the work of an artist. In the same vein, don’t miss the sublime agates from the Roger Caillois Collection: marvels characterized by light and dark layers are organized in algebraic curves evoking bark, acoustic phenomena or landscapes.

The Crown Jewels of France

Cut stones that once belonged to the Crown Jewels of France make the link between mineralogy and jewellery. With among others, Louis XIV’s large 135.7–carat sapphire. And even the lead mould, an imprint of the mythical blue diamond adorning Louis XIV’s golden fleece that’s been missing since 1792. “It was lying in a box when I arrived at the Musée d’Histoire Naturelle in 2007…” explains François Farges excitedly, the researcher and scientist who discovered it. “It was the crucial clue in the investigation I conducted to find the blue diamond, which proved to actually be the legendary Hope diamond displayed at the Smithsonian Museum in Washington.”

Immersion in precious stones
Extraordinary minerals at the MIM, in Beirut