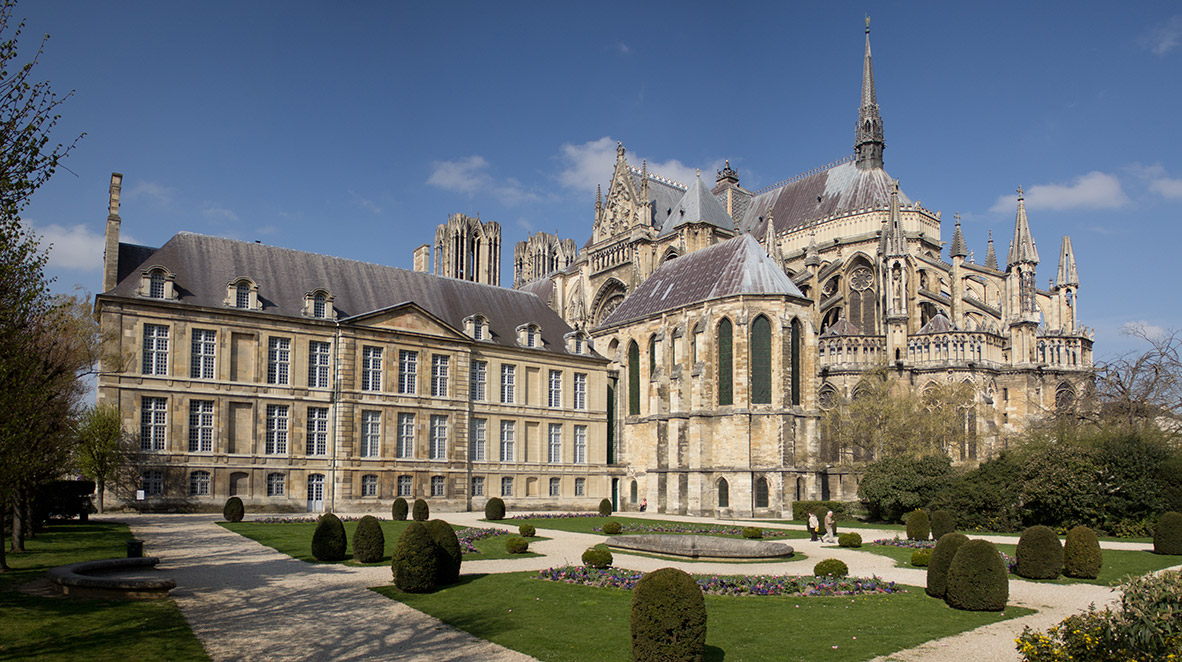 This ninth-century talisman amulet is in fact a reliquary and is on display in the treasury room of the episcopal residence in Reims, next to the cathedral where the kings of France were once crowned. Its history still contains many dark areas.

In gold filigree and repoussé, Charlemagne’s talisman takes the form of a pilgrimage ampule which once contained a liquid or earth coming from a holy place. It is seven centimeters high and is adorned with precious stones. On its front a glass cabochon magnifies a cross made of two fragments meant to be from the True Cross. On the back is a translucent sapphire.

Did it really belong to Charlemagne?

Legend has it that this reliquary was discovered around Charlemagne’s neck when his tomb was opened in 1166. Although it dates from the Carolingian period, there is no documentation to certify that it really belonged to Charlemagne, the emperor of the Occident and King of the Franks. There is also no certainty as to the circumstances in which it was created. In 1844 a journalist wrote that it was the diplomatic gift of Caliph Harun-al-Raschid.

In 1802, the Bishop of Aix-la-Chapelle gave this reliquary to the Empress Josephine, who was accompanying Napoleon on a pilgrimage to this town where the relics of Charlemagne were preserved. Napoleon considered himself to be Charlemagne’s successor and wanted to follow in the line of the Carolingian kings. Josephine then bequeathed it to her daughter, Hortense de Beauharnais, who wore it as a pendant in one of her portraits and who mentioned this talisman in her letters. On her death, she bequeathed it to the future Napoleon III who in turn passed it on to the Empress Eugenie. In exile and deeply moved by the bombing of Reims in 1914, she donated it to the cathedral.

Is the reliquary identical to the one of the ninth century?

There have been many changes and much uncertainty exists about them. It is known that it originally contained the hair of the Virgin Mary, and it was probably at the beginning of the nineteenth century that they were replaced by the fragments purported to be from the True Cross. In 2016, a team of researchers, historians and gemologists conducted a study* highlighting other changes. The front glass is probably not original because it was rarely associated with a piece of gold work in the ninth century. However, according to the study, the rustic cuts of the gemstones suggest they are contemporary with the talisman. These new clues among many others together enrich the exciting story of this piece.