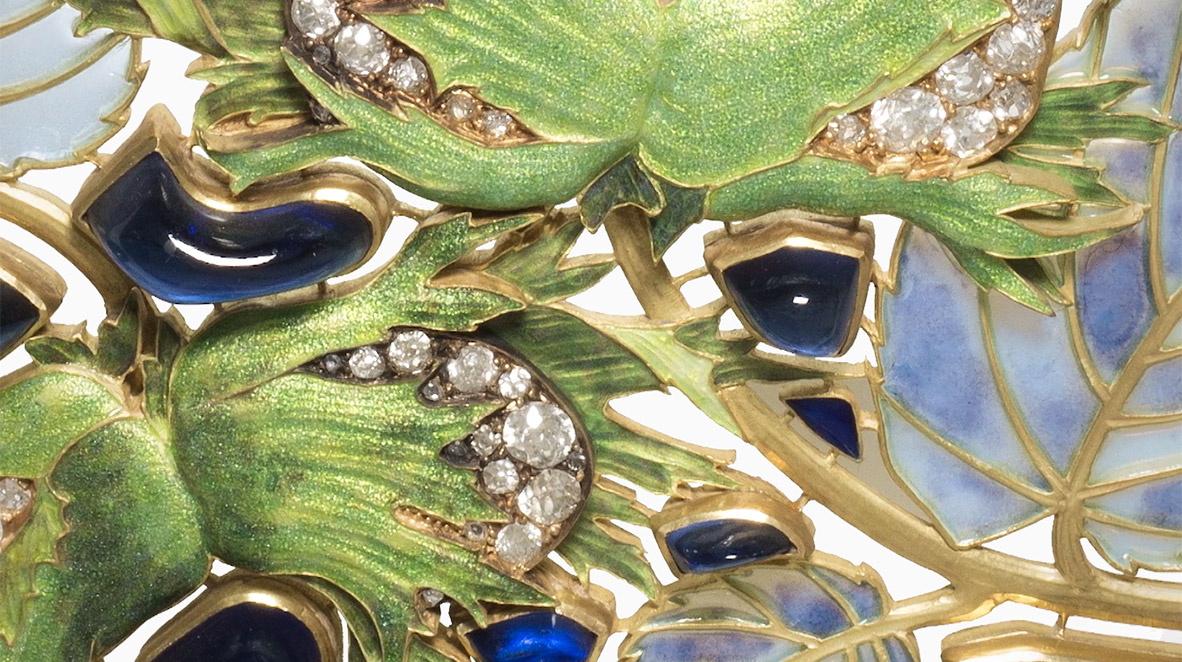 Normally on view in the Jewelry Gallery of Paris’ Museum of Decorative Arts, this “Noisettes” necklace from the early 1920s is one of the major pieces of the “Medusa” exhibition. Michèle Heuzé, the exhibition’s technical expert, sees it as the earliest avant-garde jewelry piece, long before Calder’s creations. Explanation.

“This piece is not like the others as he’s going to give us a few clues. It’s not like the others because of these blue-green protrusions that are not very attractive; it’s not really a beautiful piece. These protrusions are meant to represent the sky, yet in no other piece by Lalique jewelry is the sky represented by protrusions, usually there is a blue enamel background and so forth, but here you have these large falling “capsules” of green-blue. The other clue Lalique gave us is in relation to the senses; he invented an enameling technique where, upon touching the enamel you can feel that it’s coarse, here, on the husk of a hazelnut, even when dry, it remains coarse. So it’s an appeal to the senses of both sight and touch. What’s fascinating about Lalique, a nature lover, and we know from his letters, is that he set out into the night on foot, and he said that all in his heart became extremely sensitive when it was night in the trees, and so he actually went under the trees and saw the light falling upon him, and here, exceptionally in this piece, we are with Lalique under a hazel tree as the light falls upon us.”