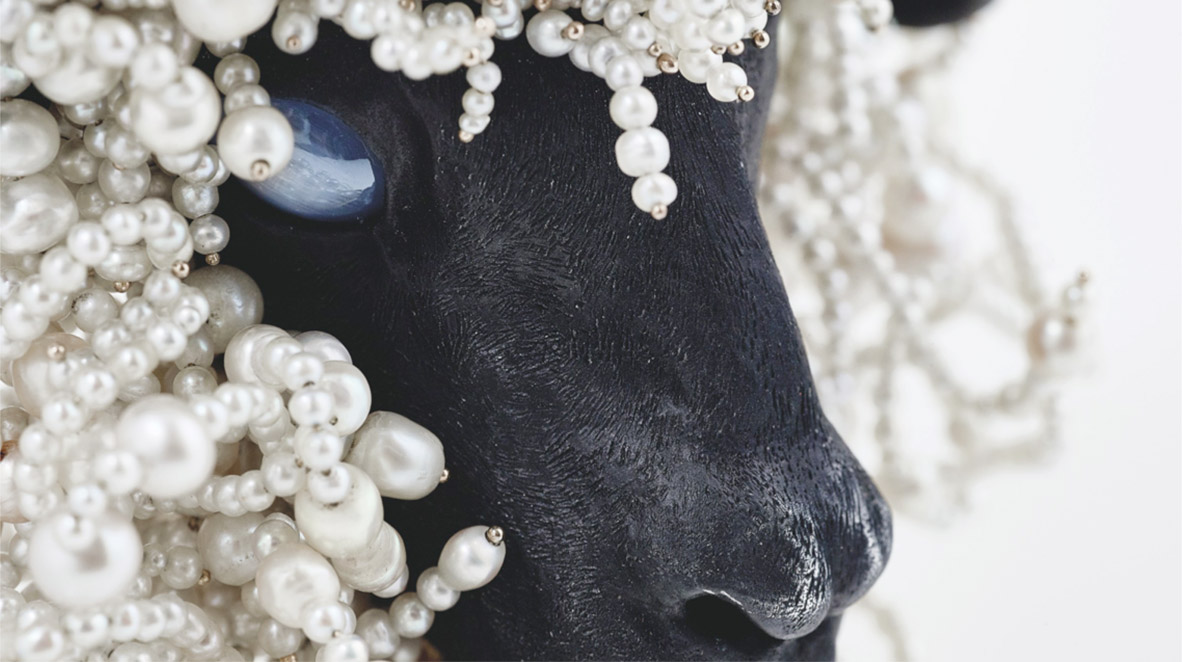 This clip featuring a sheep’s head with a black face and white fleece was part of the sale of leading collector Marion Lambert. Her friend JAR (Joël Arthur Rosenthal) designed it in 2006.

“This clip has a powerful effect on people: it even disturbed some of our customers,” says Violaine d’Astorg, director of the jewelry department in Paris. This is due to its extraordinary realism. The curls in the fleece are achieved with fine micro-pearls of different sizes mounted on “shape memory” yellow gold wire. This produces a relatively tousled effect. The muzzle is made of silver, the jeweler’s favorite material (which is not intrinsically very valuable), and is chased to the nearest micron to render the small, irregularly implanted hairs. Where they are sparser, polishing creates a slight shine. This realism is enhanced by the piercing eyes, made of star sapphires with rutile needles that move with the light.

This price for a contemporary piece made mostly of silver once again demonstrates JAR’s legendary standing. He is the most adulated jewelry designer alive, and the absolute reference in terms of realism. He has achieved this position through his sense of color (he is nicknamed the “Matisse of jewelry”) and an obsession with detail that enables him to create larger-than-life lilac blossom or butterflies. He has created and maintained this status by making only a few dozen pieces each year for a few of the world’s wealthiest women: 250 at most; a highly exclusive club including Elizabeth Taylor, American actress Ellen Barkin and billionaire Lili Safra. JAR also keeps appetites whetted by having no stores and giving no interviews. To date, he is the only living designer to have had a retrospective at the Met (2013). It featured this “Sheep’s Head”: the one and only time it has been exhibited before this sale. Totally unforgettable.

The elephant : a precious beat